The Case for Withdrawal from Afghanistan

This book masterfully combines the latest statistics and analysis of the conflict in Afghanistan with a fascinating look at how it compares with previous British and Soviet interventions.

The book is split into four parts. Part one, “The Wars for Afghanistan”, deals with the legacy of the Soviet invasion in 1981. One essay by Oleg Vasilevic Kustov notes that “naturally everyone was convinced that Soviet soldiers would be received as friends in Afghanistan”, a delusion shared by US and British invaders today.

Part two is entitled “Incompetence, Corruption and the War on Women”, and addresses the paradoxes of the Afghan National Army and what one author calls the “unliberation” of women in Afghanistan. In one essay Ann Jones demolishes the idea that the war has brought liberation for Afghan women. She considers the marital rape law in Afghanistan that was first signed off by President Karzai in March 2009. Jones notes, “The great majority of women across the country, knowing little or nothing of rights, live now much as they did under the Taliban – except back then there were no bombs.” Countering the idea that Afghan women knew little about rights is an interview with the Afghan activist “Zoya” of the Revolutionary Association of the Women of Afghanistan.

The third and fourth parts of the book deal with “The Facts on the Ground” and “The Case for Withdrawal”. Both address the effects of Obama’s surge in troops and expansion of the war into Pakistan. With the “Af-Pak” war has come an increase in CIA drone attacks over the North West Frontier. In the last three years alone drone attacks have killed 700 civilians and 14 “terrorist leaders”, a precision rate of 2 percent.

This book is only to be praised. The authors, some well known such as Tariq Ali and Malalai Joya and others less so, have covered a breadth of topics in a relatively short book. Both David Cameron and Ed Miliband committed last month to continuing the occupation of Afghanistan. One hopes that sooner rather than later books such as this will be redundant, but until that day the facts, figures and descriptions within are a useful tool to further the case for withdrawal. 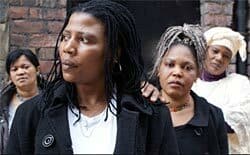 How I Became An Asylum Seeker 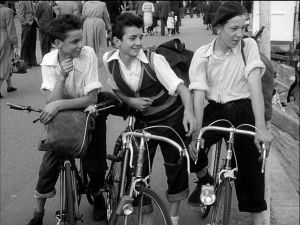 The Few for the Plenty