Causes of the crisis

The sovereign debt crisis in the eurozone has become the most glaring problem facing global capitalism.

Across the world many states face high levels of debt, mainly due to collapsing tax revenues during the recession. In some cases this has been exacerbated by efforts made to prop up banks and prevent a total economic meltdown in 2008.

Recent debates among our rulers have centred on how much austerity is needed to reduce these debts and to what extent this will undermine the weak recovery. The Tories in Britain are certainly using the issue of debt opportunistically, to reorganise the welfare state in the interests of capital. However, it is important to understand that genuine dilemmas for our rulers underlie these debates.

The eurozone faces far more acute problems than Britain, because from the outset it contained structural problems. Quite different states shared a monetary policy that reflected the interests of the most powerful capitalist corporations and states, particularly Germany.

Squeezing workers
Because governments did not control exchange rates, the competitiveness of capitalists in different countries rested on their ability to squeeze more out of workers. Germany was most effective at repressing the wages of its workers and exporting to other economies.

The less competitive eurozone economies could not catch up with their powerful rival, yet they did receive a wave of cheap credit, based on low interest rates across the currency bloc and the assumption that, say, Greece was just as creditworthy as Germany. Credit was not used to finance “overgenerous” welfare states, as is sometimes claimed, but to keep households and corporations ticking over.
When the crisis erupted the easy credit dried up and government deficits grew.

Suddenly the mountain of debt looked unsustainable. Bond yields, the amount governments pay in interest, rose sharply. The so-called “PIGS” (Portugal, Ireland, Greece and Spain) proved to be the weakest links. Immense pressure was brought to bear on them to cut their deficits, but austerity simply drove them deeper into recession, exacerbating the debt crisis.

Stronger economies are exposed to the crisis, both because of the potential chaos and fall in demand if the euro breaks up and because their own banks could lose money they lent to the PIGS governments.

The Research on Money and Finance (RMF) team has, at every stage in this evolving crisis, produced important analyses and arguments. This book brings together three of their papers (though they can also be downloaded the RMF’s website).

Their conclusion is that the crisis cannot be resolved on the basis of the euro. The left should argue for a “debtor-led” default by states such as Greece, as opposed to a “creditor-led” default designed to wring as much money as possible out each country. This would have to go hand in hand with public control of the banks, capital controls to stop money leaving the country, and so on. This would necessitate an exit from the euro, which is a trap for the weaker economies involved in it.

The RMF analysis tends to see the roots of the crisis lying purely in the growth of finance and the structure of the eurozone. Their case would be strengthened if placed in the context of a sustained period of low profitability across much of the capitalist system in the run-up to the crisis. There is also a tendency to see the problem as the neoliberalism of the past 30 years, rather than capitalism itself.

The analysis suffers from another ambiguity. Sometimes it talks about the interests of workers and at other times it discusses the interests of the weaker states as a whole – the “nation” or “people”.

This reflects similar ambiguities in many of the left political organisations that have grown during the crisis. So Newsnight’s Paul Mason wrote of a meeting with leaders of Syriza in 2011, “At that time they said the most obvious solution would be an above-politics left-nationalist figure, a ‘Greek Kirchner’ or ‘Greek Morales’,” seen as a figurehead for a “radical reforming government with the participation of the far left, but limited to parliamentary means.”

It is necessary to disentangle the competing class forces that would apply pressure to such a government – and to remember that Greek capitalists do not have a common interest with the Greek workers they exploit. Demands to default, leave the eurozone, and so on, are helpful if they become the focus for a left wing project based on developing workers’ confidence and self-organisation.

RMF’s work provides extremely useful material in making these arguments and is required reading for anyone who wants to understand why the Eurozone is teetering on the edge of the precipice.

Crisis in the Eurozone is published by Verso, £12.99 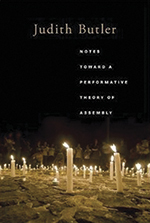 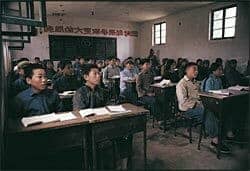