This article is over 15 years, 1 months old
When politicians want to confirm how magnificently out of touch they are with the real world, they'll make a comment about current music, probably hip-hop.
By Mark Steel
Downloading PDF. Please wait...
Friday 01 December 2006

Some have complained that rappers are to blame for making teenagers violent, although surely if violence could be caused by music about violence, Tchaikovsky must have caused mayhem with his 1812 Overture. Nineteenth century Europe must have been awash with drive-by cannonings, and soldiers snarling “Prussian mothafuckah”.

Even worse are those who try to embrace hip-hop, such as David Cameron, who you expect soon will tell us: “My shadow cabinet crew is well sick and ready to mash up Labour. You get me?”

It’s an achievement of hip-hop that it still seems so alien to polite society, since it’s been going for 25 years and the radicalism of its early days has disappeared in many ways. For example a couple of years ago I saw Public Enemy, the militant black rappers who once electrified audiences with their threatening polemics against suburban white America.

They were as ferocious as ever, but the venue was the Royal Festival Hall. So there was an announcement that went “Bing bong – tonight’s performance of ‘The Public Enemy’ will begin in five minutes. Please take your seats for ‘The Public Enemy’.” So I ambled past the seven quid rocket salad on ciabatta sandwiches and was shown to my seat by a sweet old usher of about 80, and wondered whether she’d say, “There you are dear, seat D35, oooh I hope they do ‘Welcome to the Terrordome’, oh and if you need the toilet it’s just there on the left.”

More pernicious has been the changing subject matter of mainstream rap. So a genre that began as a means of depicting life in the toughest corners of the US became a platform for men with gold teeth and white suits to brag about the size of their swimming pool and how many women they could assemble to wiggle their arses over it.

Whereas at one point they would justify referring to their guns because they were part of their ghetto environment, now if 50 Cent or Snoop Dogg were to sing honestly about their guns, it would be a rap about going hunting with Charlton Heston.

But in a parallel irony, at the same time hip-hop has been taken up around the world as the voice of disaffected and politicised youth. For example the Zona Marginals from Colombia have faced threats from across their country for their popular rants. And because they rap across a traditional South American salsaesque backing, you could probably put it on at a wedding – which would be novel, since at certain points people would be dancing to a series of tortures the rappers would like to inflict on George Bush.

Similarly there are countless African and Arabic rappers, each combining hip-hop with a traditional local sound, who fill up each track with great urgency as if they’re terrified the record will end before they’ve finished. And the more politicised a region becomes, the more this rap seems to pour out.

Over the last couple of years this trend appears to have reached Britain. This doesn’t just apply to the overtly political rappers, but also to the more mainstream ones that David Cameron might like to be photographed with. For example Lowkey, who the music press referred to as the British Eminem, paints a distinctly English view of London, his subjects including the embarrassment of a visit to the STD clinic. And he’s agonisingly vulnerable as he describes the impact of his brother’s suicide.

But then comes an eloquent tirade about living in London as a young Muslim since the bombings, with the unlikely chorus: “These days we can’t even walk through Oxford Circus, without coppers wanting to stop and search us, what’s the purpose? Why you trying to bother me? Fixed security? Then fix up your foreign policy.”

Or there’s the joyfully stroppy Lady Sovereign, who you might know from her single about being unable to get up in the morning. Her new album is an articulate version of a rant you’d expect to hear on the top deck of a bus just after school closing time. For example “My England” tells us England “ain’t about tea and biscuits, I’m one of those English misfits, police carry guns not truncheons, make your own assumptions, London ain’t all crumpets and trumpets, it’s one big slum pit.”

Plan B spits out his angst about teenage life with such venom it leaves you exhausted, and certainly cures you of wishing you were 18 again. And behind these are hundreds of aspiring rappers, often yelling at each other in rhyme at MC battles. Only a fraction of it is consciously political, and there’s a good deal of it you wouldn’t be advised to repeat at a feminist conference, but it’s a British version of the trend that has reclaimed hip-hop as a voice for young people who are cross. Instead of boasting about their greatness, they celebrate their ordinariness. It’s a scene the left has to connect with, and with more success than David Cameron.

If we’re succeeding, SR should now be inundated with letters from teenagers fuming at the patronising nature of this article by a bloke in his 40s who clearly knows nothing about it – and that would be exactly as it should be.

Boots Riley: The Coup and the revolution 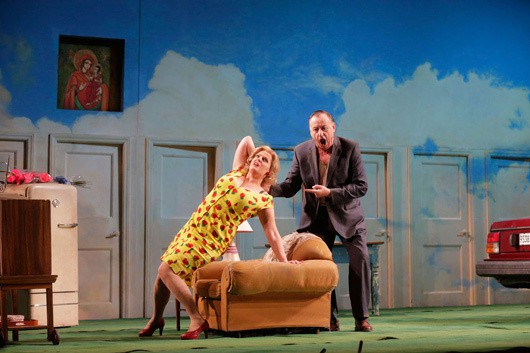 Sound of the Underground