The challenge for the unions

This article is over 6 years, 4 months old
One of the pillars of the Tory government's agenda is the Trade Union Bill. This is an ideological attack aimed primarily at the public sector, and it must be resisted, writes Ralph Darlington.
By Ralph Darlington
Downloading PDF. Please wait...
Wednesday 02 September 2015

The Tories’ Trade Union Bill threatens the most sweeping and radical tightening of the rules on industrial action and trade union representation since the Thatcher era of the 1980s. The restrictive measures could potentially rebalance power in the workplace, reduce the capacity of unions to represent their members at work and undermine the basic right to strike.

At the centre of the proposed legislation is the attempt to change balloting regulations with respect to strike mandates. First, all unions will have to persuade a minimum of 50 percent of their members eligible to vote to participate in any strike ballot in order for it to be lawful (currently balloting rules do not require any specific level of participation by union members). Secondly, in six “important public services” — health services, education of those aged under 17, fire services, transport services, border security and nuclear decommissioning including the management of radioactive waste and spent fuel — an additional threshold will have to be met. As well as obtaining the 50 percent minimum turnout, at least 40 percent of those eligible to vote must support strike action for it to be lawful (ballots currently require a simple majority to back action).

As a result many unions could find it very difficult to mount officially sanctioned strikes as a means of challenging employers in national negotiations, especially those relating to national bargaining in many public services.

A further last-minute addition to the bill is a move to make it easier for the government to end union membership check-off arrangements (the process by which employers deduct union subscriptions from wages directly following the written agreement of workers that they want this to happen) across all public services. The experience of some civil service departments where this has already been implemented is that it could cut overall union membership, density and funds, present major financial and organising challenges for unions, while generating insignificant savings for the taxpayer.

> The removal of the ban on using agency temp workers to cover for those on strike, thereby providing a licence to scab

> A requirement for 14 days notice (instead of the current seven days) of planned strike dates, to enable employers to better prepare for action and make legal challenges

> Moves to force unions to make members’ contributions to their political fund an “opt-in” arrangement (rather than as currently “opt-out”), to be confirmed every five years, in an effort to reduce the ability of trade unions to donate money to the Labour Party and/or a wide range of other non-party political activities

> Regulations requiring public authorities to publish detailed information on union reps employed by them who have time-off work (“facility time”) to carry out union duties and activities, in a bid to encourage employers to set a limit on the proportion of working time taken and the total amount of money spent on such facility time

> An increase in the remit and powers of the Certification Officer to investigate alleged breaches of statutory provisions and to impose financial penalties on trade unions.

Why are the Tories doing it?

The pledge to further tighten anti-union legislation might seem unnecessary given that levels of strike action have remained at historically low levels for a number of years, notwithstanding some very large set-piece one-day public sector strikes and recent disputes on the London Underground, National Gallery and elsewhere. So what explains the pressure for legislative change?

First, there is the Conservatives’ ideological agenda of seeking to utilise austerity and the government’s neoliberal offensive as a means to impose even further restrictions on a relatively weak and defensive trade union movement so as to cement that weakness.

Second, there is the location of those strikes that still do take place, namely in so-called “monopoly sectors” like transport and the public services. These strikes tend to be relatively large and have an immediate and direct effect on essential services and the public, for example closing down schools, disrupting the fire service and paralysing the London tube network.

Third, it would appear the Conservatives’ perceived “problem” is less one that exists now than one that is foreseen and feared in the future. With an economic and political imperative to proceed with much deeper and more sustained spending cuts than previously and maintain controls on public sector pay, the new government’s proposed legislation appears to have been principally designed to try to make it much harder for unions to represent members and to weaken potential future union resistance to more austerity.

As Dave Ward, Communication Workers Union general secretary, has said, “This is a Tory government that is planning to undermine the incomes and conditions of working people while at the same time cynically sabotaging the very means they have to speak out in protest.”

Although Len McCluskey of Unite and Dave Prentis of Unison have said the unions might defy the new laws by holding illegal strikes to fight against job losses and pay restrictions, it remains to be seen whether such militant rhetoric is matched by action in practice.

When strike action which lacks the support of a legal ballot would leave the unions exposed to injunctions, damages, claims and even action for contempt of court, it seems unlikely that union leaders will defy the law — unless they are subject to enormous pressure from their members from below.

That pressure has led the TUC to call a mass demonstration outside the Tory party conference, but it needs to be both maintained and magnified as the bill gets its second and third readings in parliament, as well as afterwards if, as expected, it is passed into law.

It seems likely unions will become more consciously strategic, by only balloting those groups of workers who they can be confident would attain a 50 percent participation threshold and 40 percent majority threshold. This might mean identifying particularly strategic groups within a national bargaining unit whose action could then be supported financially by other sections.

Another likely prospect is an increased tactical reliance by unions on so-called “leverage campaigns” and “citizen bargaining” — whereby unions (like Unite in the 2014 Grangemouth dispute) attempt to use demonstrations, protests, boycotts, and social media campaigns to open up new lines of attack on the employers and senior management.

The aim is to get shareholders, customers, suppliers and local communities to put pressure on the employers to back union demands.

In the US, community campaigns have been used to help win improvements in pay and conditions in different industries, forcing companies such as Walmart and McDonald’s to offer pay increases after customer and public protests outside stores.

But their limitations compared to the alternative mechanisms of collective bargaining and the threat/use of strike action within the workplace are also likely to be stark.

Meanwhile, it is possible that, against the backcloth of a new wave of spending cuts affecting pensions, jobs, pay and working conditions, some groups of workers coming into collision with the legal liabilities of organising strike ballots will take unofficial and wildcat strike action, thereby undermining the legislation.

Significantly, some of the most effective strike action by workers in recent years has been where the law has been sidelined and balloting procedures have been ignored, such as the 2009 unofficial strike by Lindsey oil refinery construction engineers, and the 2011 unofficial strike by electricians on major London building sites that took place after Unite had called off official action.

In both disputes the employers could have gone to the High Court for an injunction against the unions involved on the basis that no ballots had been conducted and notice of strike action given, but chose not to because they knew it could have inflamed the situation and spread the action even further.

In each case it was spontaneous, unofficial and illegal strike action from below that rapidly won concessions and/or victory.

The Unite the Resistance conference on “Defending Our Unions” on 14 November will be an important forum for discussing how to build militant opposition to the bill by pulling together networks of rank and file activists from within and across the unions with officials who are prepared to fight.

Time to be More Awkward 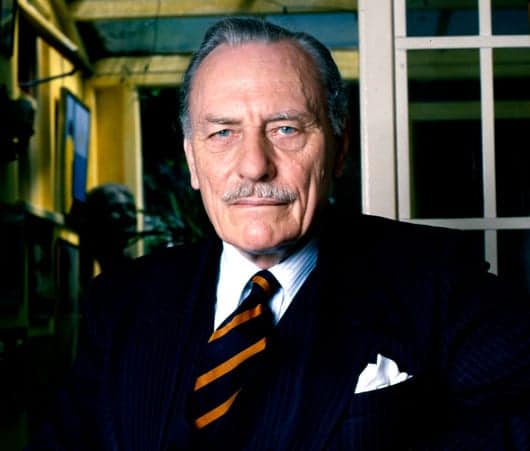