This article is over 16 years, 4 months old
What is it about Crash that is upsetting liberals?
By Bob Light
Downloading PDF. Please wait...
Saturday 01 April 2006

why has the success of Crash at the Oscars been treated with such scorn? For donkey’s years the Oscar for Best Picture has gone to, well, donkeys, and no one gave a damn. This year the Academy gives the statuette to a halfway decent movie, and all hell breaks loose.

Part of this is, no doubt, sour grapes that Boringback Mountain, the pet movie of the Supper Club Set, didn’t win. But the hysterical over-reaction in the US and British press goes well beyond pique. I think Crash is reviled because it had the courage to try to say something small but honest about US’s oldest and dirtiest secret, what the black scholar Manning Marable calls “the new leviathan of racial inequality”.

The statistics about this leviathan are still utterly chilling. Unemployment rates for black Americans are twice the rate for white Americans. That’s one reason why US census figures confirm that fully one third of black Americans live below the official poverty line. In health terms young black Americans have ten times the mortality rates of whites. Medical News Today reported in January 2005 that “for many health conditions… blacks bear a disproportionate burden of disease, injury, death and disability”. And overarching all these vile statistics is the fact that a million black men are in the prison system. A young black American is much more likely to go to prison than to university. And all this happens in a country that calls itself the Land of the Free.

Manning Marable argues strongly that one central component of this new racism is “the projection of crude stereotypes about the link between criminality and black people”. In other words, the media – and specifically Hollywood – is a functioning part of a new version of the old Jim Crow racist laws.

The whole ethos of gangsta rap, and the cheap thrills “homeboy” movies that spin off from it, so obviously feeds the link between criminality and blackness. Indeed it becomes something to brag about.

Kevin ‘O-Dog’ boasts in the 1990s film Menace II Society that he is “America’s biggest nightmare – young, black and don’t give a fuck.” Ironically at the same Oscar ceremony this year the statuette for Best Song went to a ditty called “It’s Hard Out Here For A Pimp” from the movie Hustle & Flow with its hard to forget lines like, “I’m trying 2 get rich ‘fore I leave out this bitch/I’m trying 2 have thangs but its hard fo’ a pimp/Man seems like I’m dodging bullets every day/Niggaz hating on me cos I got hoes on the tray.”

It seems to me that Crash does sabotage at least some of these stereotypes about poor blacks and crime. Here the crack addict is not some menace to society, but a pathetic, broken, middle aged mother. The two more familiar gangsta stereotypes, Peter and Anthony, are indeed carjackers with guns – but Anthony has some (confused) notions of black history and black pride, and Peter is just a fundamentally sweet guy down on his luck. In the racist leviathan Anthony would be condemned to life without parole – in Crash he becomes a figure of renewed humanity. Not exactly the “homeboy” stereotype, is it?

Marable doesn’t develop this argument, but it seems to me that the media play another role in the new Jim Crow. If you look on any of the US government propaganda websites like USinfo you will soon see the official line – “In recent years blacks have made great strides and the black middle class has grown substantially.” This black middle class confirms that in today’s dynamic colour-blind US that there is no barrier to success. America really is the “land of opportunity”.

The symbol of this change is inevitably Queen Oprah – living deity of US TV, and reputedly now the richest black person to have ever lived. And if Oprah can make it, then so can/could any African-American. And if they fail, if they wind up on death row rather than prime time TV, it’s because they lacked the right entrepreneurial attitude to grab their chance.

In the 1950s and 1960s the civil rights struggle took as a given that the repression of black America was political – it was the system that held blacks down. The new ideology of blame has replaced the political with the personal. Now the blacks are oppressed by their own attitudes – they are too feckless, too crack dependent to do what P Diddy (or whatever he currently calls himself) did.

Again, you can see the complicity of US film and TV in this, as alongside the gangstas they pump out “inspirational” images of black success. Denzel Washington has made a highly successful career (mainly) playing these roles. And on TV the most lucrative “black themed” programme ever made remains The Cosby Show.

It’s here that I think Crash is really dissenting, Of the nine significant black characters in Crash, the majority are what we would have to see as “middle class”.

In the course of the film’s story, each of these middle class black characters will discover that their “success” does not protect them from racism. All of them in one way or another are challenged and then let down by white society.

A century ago the great African-American activist WEB Du Bois wrote, “To be a poor man is hard, but to be a poor race in the land of dollars is the very bottom of hardships.” It seems to me that Crash reminds us that even to be middle class and black in the new racist leviathan is hard. And that’s why the liberals hate it with such a vengeance. 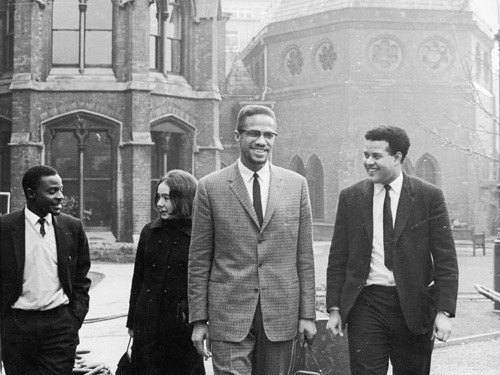 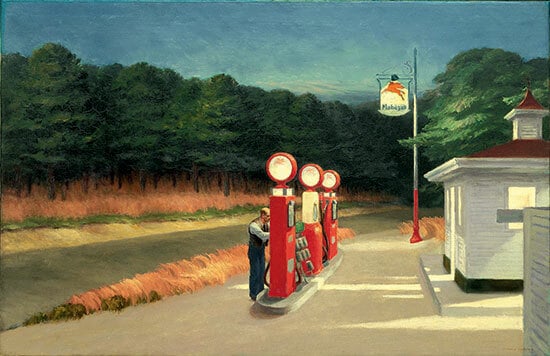