Michael Lavalette’s article on universal basic income (October SR) is welcome and I share his basic assumptions. I would like to add some points.

A debate about UBI has been raging in Germany for a while. The Left Party (Die Linke) is split on the question with the trade union wing inside The Left being against UBI for similar reasons to those Michael mentions.

Big companies which pretend to be “ethical”, like dm, the biggest drugstore chain in Europe, are in support of UBI. They see it as a basic wage subsidy paid by the state which they might or might not top up.

It could mean abolishing the minimum wage. And it could involve as a logical conclusion also forced labour — because you get state money. We can already see the beginnings of this in Germany, with people on benefits being forced into one-euro jobs.

We share the idea of an income without discrimination and repression, which lifts you out of acute poverty. But the UBI is not the solution.

On a theoretical level there is, at least in Germany, quite a lot of petit bourgeois anarchism involved in arguments for UBI.

With UBI you might do wage work or not — you might be busy creating art. You can withdraw from the capitalist system of exploitation and in doing so you “undermine” capitalism as a whole.

This is what Martin Upchurch in his article on digitalisation in International Socialism 152 calls the illusion of assuming “power without taking power”.

No wonder that the most forceful advocates of UBI are from a middle class background. But who will produce the Apple notebooks they need to write their novels, the canvas for their paintings, who will build their houses, make their food? And who will collect their rubbish?

Going back to the 1970s you can find French post-structuralist philosophers Gilles Deleuze and Félix Guattari dreaming of undermining and decomposing capitalism like a rhizome — a horizontal network of people beneath the surface of capitalism.

This all comes down to some utopian concept of changing society without class struggle, without fighting “against the encroachments of capital”, as Karl Marx said, and in this way qualifying oneself for the “initiating of any larger movement” — the active expropriation of the expropriators. 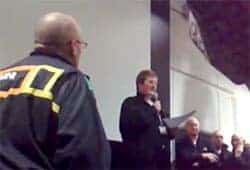 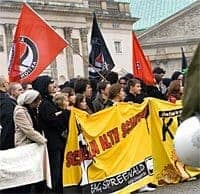