Chartism remains one of the most exciting episodes in the history of Britain. It was the moment when the working class stepped onto the stage.

There had been many rehearsals over the previous 50 years: the north east pitmen and seamen in the war with France, the Luddites in 1812 and the flying pickets of the Manchester cotton operatives in 1818, and the revolutionary pitmen and iron workers of Merthyr in 1834. But Chartism was a national movement which, at various points between 1839 and 1848, threatened the complacent dominance of the old ruling class, forcing it to reshape its attitudes and measures.

No popular movement before or after has provoked such controversy among historians or produced such a volume of interpretive material. There have been accounts of individual episodes, of the movement in different regions, of the leading lights major and minor, of its press, of the attitude of the state, of its language of discourse, of its symbols (banners, slogans and dress), of its poetry and of its international relations.

Yet very few historians have attempted the daunting task of writing a comprehensive, definitive history.

With Chartism: a New History Malcolm Chase has done just that. He has delved into the highways and byways, and what is so significant from the notes is the monumental amount of primary material he has quarried.

This is a big book covering every aspect of Chartism, but some things really stand out. Chase gets the balance right between leaders and rank and file giving enormous prominence to the latter. His eye is always on the breadth of the local, showing so clearly the way in which Chartist ideas and organisation reached almost every part of Britain, though, unfortunately, not all at the same time.

In the mass strike of 1842, for example, two of the stronger industrial areas of 1839 – South Wales and Tyneside – hardly moved at all. This weakened the movement decisively, allowing the rulers space to group their forces. At the same time the author surely finally nails the argument that the mass strike was purely economic in content and aim. The nationally known Chartist leaders were largely lukewarm or hostile to the strike, but the key strike leaders in the Midlands and Lancashire put Chartist demands in their strike objectives.

Another telling feature of the account is the series of thumbnail portraits of some of the important, if lesser known, local activists. For example, the picture of Manchester cotton operative Richard Pilling movingly reminds us of the brutal practices of the state, the harshness of working class experience and the indomitable bravery of our militant forebears. Read this book. You won’t be disappointed. 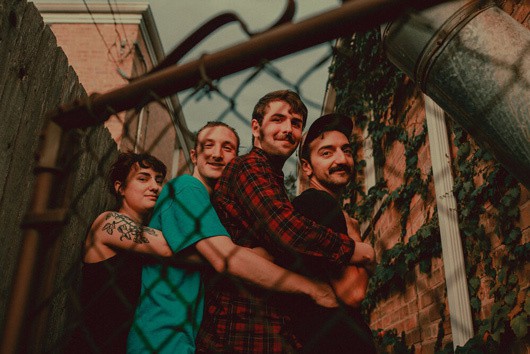 The Rise and Fall of Civilisation