The title and presentation of this book will give it an appeal to many socialists and union activists. On the back cover, Tony Benn introduces it as ‘a very comprehensive and readable history… timely because trade unionism is now re-awakening to its historic task’. Unusually for an academic in recent years, Alastair Reid concludes that ‘past precedents suggest that… we are about to see a major revival of trade unionism’.

However, Reid is not a socialist, but a ‘pluralist’ or progressive liberal, who stands in a long tradition of ‘sympathetic’ academics who wish to elevate the role of trade union leaders and the valuable role they play in ‘promoting stability’. He sees the role of unions as limited to providing checks and balances within a capitalist democracy. Naturally, this outlook pervades his whole approach.

Reid enlivens his history with a series of eulogising biographies of the most spineless right wingers in labour and trade union history: Jimmy Thomas, for example, the rail workers’ leader, is rescued from his ‘reputation as an arch-traitor’ and credited for ‘providing an important element of stability’ in ‘the turbulent years of industrial unrest after the First World War’. In a sense this is true. Thomas’s part in calling off the promised ‘Triple Alliance’ strikes for the miners in 1919 and 1921 did help to deliver stability for British capitalism. The problem is that for trade unionists the result was not stability, but a catastrophic defeat and years of decline.

Elsewhere, Reid’s slant on events is still more baffling. He praises Arthur Henderson as ‘a tireless campaigner for disarmament’ who won the Nobel Peace Prize – in spite of his wholehearted support for the slaughter of the First World War. And Jim Callaghan, who introduced monetarist spending cuts and real wage cuts under the guise of the Social Contract in 1976-79, becomes ‘the embodiment of the mainstream values of British trade unionism’!

Again, Reid is unable to understand how the ‘incorporation’ of trade union fulltimers (of which he approves) was central to the erosion of union strength in the 1970s, and that this was combined with the ‘confrontational’ attitudes of both the Labour government and the following Conservative government, which was then able to take on a weakened trade union movement.

Despite all this, Reid’s book contains a lot of useful material. It does attempt to relate the economic and political aspects of the development of the labour movement, and there is a lot of interesting details. For instance, through his biographies of the leaders of the first national unions in the mid-19th century, the centrality of their background in the Chartist movement becomes apparent. And he is interesting on the relationship between the unions and New Labour, giving figures that show an increase in union-sponsored MPs (reversing a long downward trend) from 40 percent to 60 percent between the 1970s and 1990s.

But in the end Reid’s analysis takes him away from the central issues and decisive moments of trade union history. There is little sense of the role of rank and file initiative, how ideas change, or the way in which real struggles are fought and lost or won. He believes that ‘moments of excitement over “class struggle” and the “revival of socialism” were brief exceptions’, and so plays down the central place of the great upsurges of trade union and political activity. The focus instead tends to become bureaucratic and institutional.

This book is worth reading. It is a carefully written and well researched academic study on an important subject. But it is not quite what the cover promises, and certainly not a guide to action for the left.

The Girl Who Played With Fire: A compulsive portrait of conspiracy and corruption 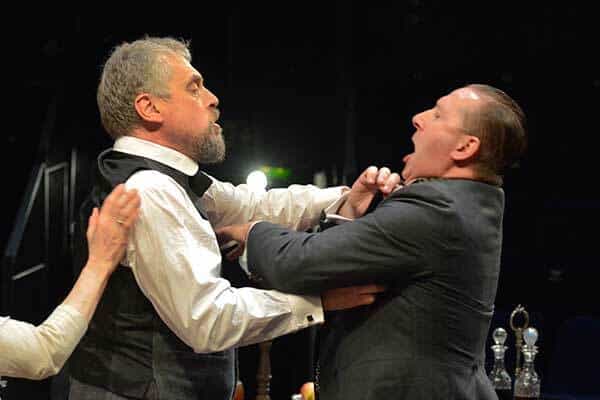