On one level Chocolate Islands is a book about Joseph Burtt’s exploration of colonial Portugal on behalf of William Cadbury. Cadbury was at the time a Director of the renowned chocolate firm Cadbury Brothers Limited and was greatly concerned by suggestions that his company was being propped up by cocoa harvested from slaves. In the early 1900s Cadbury’s Brothers were importing roughly 55 per cent of its cocoa from the Portuguese controlled Islands of São Tomé and Príncipe. The two islands, off the coast of West Africa, were at the time the third largest exporters of coca in the world.

We learn early in the book that William Cadbury and his brother George were both members of the British and Foreign Anti-Slavery Society and had a concern for workers and their working conditions across the globe. This influenced William Cadbury’s decision to appoint the likeminded Joseph Burtt on an 18 month contract to investigate the working conditions of African labourers in the Portuguese colonies of São Tomé, Príncipe and Angola.

Burtt arrival in São Tomé in 1905 was preceded by several critical publications of British and foreign colonies. H R Fox Bourne from the, Aborigines’ Protection Society (APS), had wrote a stinging letter to the Foreign Office to protest at the forced recruitment of workers from the Congo Basin who were being sent to Angola’s coffee estates and Rocas in São Tomé and Príncipe. His trip also came two years after the 1903 Portuguese labour reforms that were peddled as a way of offering improved conditions for the African labourers. In practice the reforms delivered little in the way of changes for the labourers known as serviçais.

One of the biggest concerns Cadbury had was whether the serviçais were able to be repatriated once their contracts had ended or if they were simply being rolled over onto a never-ending contract that would see them die on the island. The second and third chapters of the book involve Burtt trying to investigate this question as he is escorted around several plantations on São Tomé and Príncipe. Burtt’s initial experiences are mixed. He is impressed by the rapport Magaltrães, the manager of a plantation, had with the serviçais’ children and by São Tomé’s model plantation Boa Entra that had “properly embraced the obligation to civilize and protect the African worker.” Nevertheless, he learned on Príncipe that repatriation was an “empty privilege” granted in the 1903 labour decree and that serviçais were effectively slaves who never returned home.

In São Tomé Burtt met Henry Woodd Nevinson who had embarked on a six month tour of Angola on behalf of Harper’s Magazine. The pair at the time held very different views of the nature of Portuguese colonialism with Burtt’s being the more sympathetic.

In chapter’s three and four Burtt is sent Nevinsion Harper’s articles which are used as a point of reference during his travels. Nevinsion’s final article “Island of Doom” was a source of great irritation to Burtt. Not least at the implication that guests on the islands, like Burtt, were rubber-stamping the Portuguese work in Angola and ignoring the abuses of the serviçais system. Burtt wrote to Cadbury, in response to the article, arguing that “Nevinson writes authoritatively on matters that he know practically nothing.” Although, speaking none of the native African languages and being closely chaperoned on his trip meant that Burtt was struggling to get to the truth regarding the treatment of the serviçais. But this was soon to change as chapter five details.

In the latter part of the book the “só para o Inglês ver” (just for the English to see) tour that Burtt had hitherto spent his time on began to unravel, as he was faced with the barbaric truth of Portuguese cocoa production. Burtt passed “an ankle shackle”, “five skeletons and a decomposing corpse” as he wondered down the “slave route” outside the town of Catumbela. He also discovered that “free” people were being sold into slavery to settle old debts and that militia rebels from the borders of the Congo Free State were taking slaves and selling them to Portuguese traders.

Burtt’s letters and findings of his trip were summarised into a report for Cadbury that he finished on the 24 December 1906. The report drew many of the same conclusions as Nevinson’s publication for Harper’s Magazine and would prove to be just as controversial. William Cadbury acted promptly after receiving the report, sending copies to his fellow Quaker chocolate makers Fry and Rowntree as well as the Secretary of State. The report was to perpetuate a long and antagonistic relationship between the two colonial powers of Britain and Portugal.

It also further highlighted the pervasiveness of forced labour practices a century after the legal abolition of the slave trade.

Chocolate Islands is both a descriptive and detailed book that in places has a story-telling style which makes it read more like a fiction novel.

Nonetheless, Higgs’s knowledge of the writings of Burtt’s contemporaries, labour-related legislation and geo-political climate of the early twentieth-century allows the reader great insight into both the post-abolition struggles of the anti-slavery campaign and the hypocrisy of the colonial project. The Epilogue educates the reader on the modern day serviçais, the enslaved child labourers of the twenty-first century. Harvesting cocoa on Cote d Ivoire’s plantations that in turn was being brought by Cadbury’s and Nestlé. This is a sobering reminder that western companies are continuing to exploit forced labour.

If there is a criticism of the book it would be that you do not get enough of a sense of the serviçais thoughts, consciousness and resistance to their situation. This is perhaps unfair given the understandably limited source material the author would have had at her disposal directly from the serviçais. But it would have given the reader more of an understanding of the ways enslaved people resisted the exploitation of the planters. 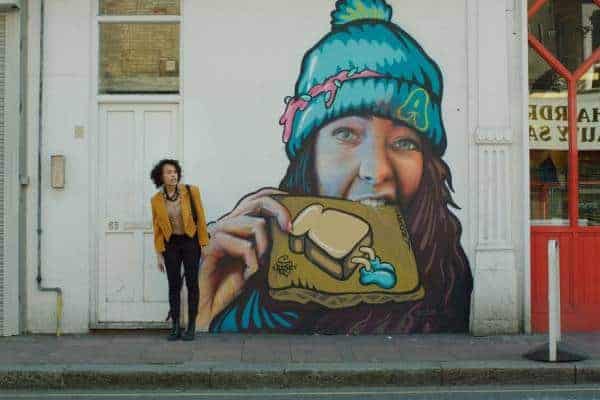