This article is over 19 years, 1 months old
The ghosts of Xmas past are haunting Pat Stack.
By Pat Stack
Downloading PDF. Please wait...
Monday 02 December 2002

The snow was falling on the ground. It lay all virgin and white. John looked at Norma’s back, turned towards him in a hostile manner, colder than the ice forming on the windowpane.

Where had it all gone wrong? What of those wonderful past Christmases, quietly sipping eggnog wrapped in Edwina’s arms, he wearing only his big underpants, she wearing only a smile? Ah, how bright things had seemed back then. He was a rising star enjoying pet status under Maggie’s firm leadership. That was, of course, before she went completely insane. Although it is easy with the benefit of hindsight to see that the marbles were already beginning to roll freely around the old girl’s brain.

Back then it seemed she was leading a project that would last forever. Two Christmases later and she was gone, the ‘funny old world’ had caught up with her, and thanks to a helpful spot of root canal he had emerged untainted by the treasonous plot to remove her. He was the proud prime minister, leader of the party he loved, a party that would surely rule for decades. Labour would soon chose the closet Bolshevik, Blair, as their leader. No way would he ever be PM.

That first Christmas was tinged only with the sad knowledge that rising to the top had meant sacrificing Edwina. Small price to pay, however, compared to the new-found ‘importance of being John’. Why, he’d even been invited to a Christmas party at Buckingham Palace, where only the most select of guests had been in attendance. Truly he’d made it if he was on the same guest list as Elton John, Billy Connolly and Michael Barrymore.

How could he ever forget the fun of it all? He had witnessed the much misunderstood Princess Margaret and the much loved Queen Mother playing what they told him was ‘the obsequious game’. Whenever anyone was obsequious to either of them they had to down a litre of champagne. As Norman St John Stevas and Trevor Macdonald were there, the royal pair were blotto within 20 minutes. If anyone failed to grovel sufficiently a servant was brought out and nailed to the wall. What fun!

The Queen, after enquiring who he was, had actually said hello. Ah, surely life didn’t get any better. It was this family and nights like these that made Britain great.

Now, though, the family stood discredited. Firstly Charles and Di had split spectacularly, then she had died and it seemed the whole country had turned on the royals. His heart had been uplifted by their apparent recovery, the widescale mourning for the dear QM, the surprising success of the Jubilee. Yet now it had all gone pear-shaped again. That nice butler chap wouldn’t do his duty and go to jail quietly. Instead he’d opened a can of the smelliest worms.

Even worse for John, his tenure as PM had been marked by treachery and sleaze. The treachery of the bastards–Hague, Portillo, Lamont, and that bald quiet chap whose name escaped him, all plotting to bring him down.

Then the sleaze merchants–Hamilton, Aitken, even as it subsequently turned out his good friend Jeffrey, all willing to prostitute the party he loved for a few filthy coins (well, notes actually). Not to mention the adulterers, bonkers, shaggers and buggerers, all sex mad, unable to control their libidos in the interest of the nation. Of course his affair with Edwina had been different–it was warm and squishy, and not sordid like theirs.

Finally, he had to endure the worst ever election defeat of any Tory leader, and to that smarmy Blair of all people. As it turned out Blair wasn’t a closet Bolshevik at all, rather a secret Tory with a clever eye for career advancement. How it had hurt him to watch the party he hated carry out the policies he loved, while the party he loved seemed to have no policies at all, except to elect bald men.

First the arrogant halfwit Hague, and now this other strange man IVF (or whatever they called him), had led the party to the brink of extinction. ‘Oh Edwina,’ he thought, ‘did I really give you up for this?’ Worse still, Blair was now enjoying his own two favourite hobbies–eroding civil liberties, and kissing US presidents’ bottoms as they went around killing people.

How could it be that that awful man with the blind dog was locking up the spy Shayler, making foreigners learn English, and insisting that the first born male in every family be made to learn the art of boxing? These were his sort of things, Maggie’s sort of things.

He had hated watching Blair and Clinton, and was delighted when Bush was (sort of) elected. Surely Blair’s phoney conservatism would break now? Surely he couldn’t be anything but repulsed by Bush? Alas no, Blair had managed to grow so close to Bush that it was a wonder Häagen Dazs didn’t do an ad featuring the pair. Truly this was depressing. There would surely be war, but he would get no glory or praise–his opinion wouldn’t even be asked.

Sadly he looked one last time at the present he’d found in his Christmas stocking, that self help book Norma had given him: ‘How to Manage in Late Middle Age When Your Wife Leaves You’.

Ah, even the Christmas stocking was mocking him. 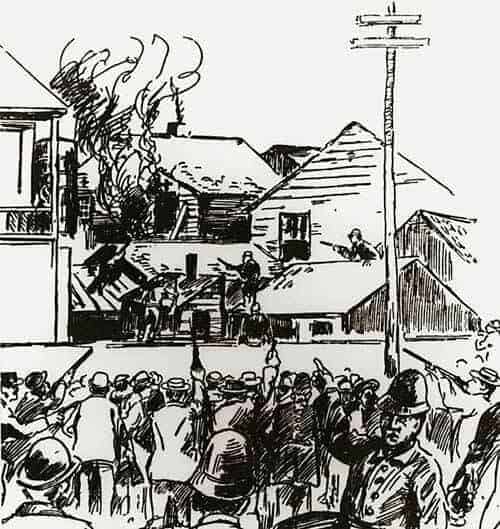 European Social Forum: A Forum for the Future