This article is over 19 years, 4 months old
As Brian Manning's tribute demonstrates (March SR) the late Christopher Hill was a fine and pathbreaking Marxist historian, a long way from the mechanical Stalinist suggested by some.
By Keith Flett
Downloading PDF. Please wait...
Wednesday 09 April 2003

Since Hill’s death he has been the subject of a vicious witchhunt. ‘The Times’ has suggested that during the Second World War Hill was a Russian spy, although the evidence for this accusation would not be enough to convince even Tony Blair. Meanwhile the right wing historian Norman Stone has suggested that Hill could not be trusted because he, apparently, dyed his hair.

But there is a problem with defending Hill’s outstanding historical opus. His work came under sustained attack from revisionist historians in the 1980s and 1990s. Sometimes these attacks were merited by genuine historical research. More often they were ideological. Unfortunately Hill could only rarely be persuaded to take issue with his opponents. This seems to have left a dearth of left wing historians working in the same field as Hill.

As the convenor of the socialist history seminar at the Institute of Historical Research in central London, I am deluged with papers from research historians in a wide range of subjects. It is notable, by contrast, that very few offers come from historians working on the English Civil War. One hopes that Christopher Hill’s death will spark more socialist historians to pick up the many historical questions and challenges which his work identified but did not definitively resolve.

After Florence: From Resistance to Revolution 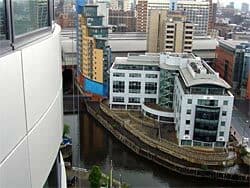