The global refugee crisis is at its worst since the Second World War, but it’s easy to see it only as a few images of boats in the Mediterranean Sea and Syrians in life jackets landing on a Greek island.

This book takes you deep inside Dadaab, the world’s largest refugee camp, home to about 500,000 people located on Kenya’s border with Somalia; making it about the size of New Orleans and effectively the third largest city in Kenya. It was established in 1992 to house around 90,000 refugees from the civil war there. Since then it has become a place where new generations of refugees are born and where the majority of those will die. The book tells its story through the lives of nine refugees and their families.

Rawlence is critical of refugee camps but doesn’t offer any suggestions for how to improve these temporary-in-theory, yet permanent-in-practice camps. The world has essentially outsourced responsibility for refugees to the United Nations and disclaimed responsibility for them. And the United Nations is failing to do its job. When war and drought drives Somalians to become refugees, and when the western world is engaged in a “war on terror”, the suspicion of Muslims turns into fear, and the fear into hatred.

With Europe’s refugee crisis, this book comes as a timely reminder that the vast majority of the world’s refugee population will never see European shores. 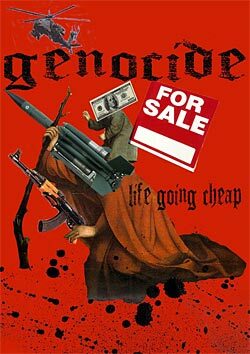