The new BBC adaptation of Vasily Grossman’s Life and Fate for Radio 4 will give this important book a new audience. The novel centres on the life and death struggle at Stalingrad in the winter of 1942-3. The outcome of the Second World War hung in the balance as fighting raged in the city named for the Soviet dictator. As the Nazis approached the Eastern front they had carried out a genocidal war slaughtering millions of civilians, Red Army soldiers and Jews. The defeat of the German forces at Stalingrad was the beginning of the end for the Nazis.

Grossman himself was a respected Soviet writer under Stalin in the 1930s who reported from every major battlefield up until the fall of Berlin. It was his experience of war that gradually led to his disillusionment with Stalinism.

The book is based on his experiences in Stalingrad and stretches to almost 900 pages with a huge cast of characters.

It takes an uncompromising stance against the horrors of fascism, but also describes the possibility of resistance to totalitarianism in all its forms.

In the midst of the bloody fighting in Stalingrad there is house 6/1, where a small band of Russian soldiers defend their position in the face of tremendous odds. Their bravery goes hand in hand with their rejection of Stalinist discipline.

The mood in house 6/1 is more that of 1917 than 1942. An “old Bolshevik” commissar Krymov is sent to deal with the situation, but on arrival he senses the mood he experienced as a young revolutionary.

Although it saddens him, Krymov knows as a loyal “party man” it is his duty to re-establish “order”.
Krymov becomes a tragic figure who has gone along with Stalin’s purges “for the good of the party”, but soon becomes a victim of Stalinism himself.

In the infamous Lubyanka prison we see Krymov defend Stalin to an old Menshevik opponent. They debate in between beatings at the hands of the NKVD.

The scientist Victor Shtrum is the book’s central character. He has been evacuated from Moscow to safety and finds that freedom to debate the regime is much more possible. Among other scientists Shtrum debates the purges of the 1930s and begins to question the regime. As a result he faces being purged himself despite the importance of his scientific work.

Shtrum shares many autobiographical parallels with Grossman himself. He experiences the reality of Stalinist anti-Semitism and like Grossman, Shtrum’s mother is killed by the Nazis.

Grossman’s talent lay in his ability to deal with people as they are. His characters are racked by contradictions, battered by events beyond their control but often inspiring in their opposition to tyranny.

His personal struggle to have the book published after it was “arrested” by the Soviet authorities should also be inspiring to us.

By all means catch the story on Radio 4, but it cannot make up for Grossman’s own writing. 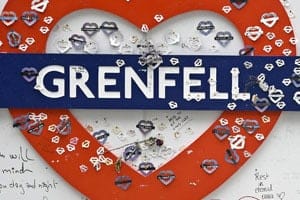 Grenfell: Will we ever get justice?