Alexander Bogdanov wrote the novels Red Star and its sequel, The Engineer Menni, while in exile following the defeat of the Russian Revolution of 1905. The novels are an attempt to imagine what a future socialist society might look like and how we can achieve it.

Red Star follows the story of a revolutionary, Leonid, visited by a mysterious comrade during 1905. This comrade is Menni, a Martian engineer, sent to Earth as part of a mission to identify a person who can act as an emissary between the two planets. Mars has already achieved the social revolution and now wants to make contact with humans on other planets. What follows is an exploration of the Martian utopia through the eyes of a revolutionary from Earth.

Bogdanov’s novel is clearly intended to popularise his own vision of the future socialist society and it is this that makes the book so interesting. Bogdanov takes on some of these simple questions and tries to offer straightforward solutions. For instance, Martian production is balanced by creating a diffuse and collectively regulated system where all citizens are aware of production shortages and are encouraged to switch jobs or offer labour hours to rebalance production.

In one of the best exchanges in the novel, Leonid asks his Martian guide what makes people work? The Martian, perplexed, describes how all citizens feel a duty to ensure commodities that are needed are produced. The Martian also goes on to say that in general citizens can work as much and as little as they please in whatever industry they like and that the collective nature of production means that across the population, it balances out.

The instructive style of the book, aimed at popularising Bogdanov’s ideas to a broad readership, doesn’t simply deal with production but spends a lot of time looking at gender relations in the society, how art is appreciated and the relationship between humans and nature. In many aspects Bogdanov’s predictions can seem well ahead of their time. It is the earliest sci-fi novel I’ve read where both social and, to a certain extent, physical distinctions of gender disappear. In both books, the problem of balancing society with nature is an overarching theme. In Engineer Menni, which looks back at the victory of the Martian Revolution, the ecological crisis that faces society is one of the key spurs for social revolution. The threat of impending energy and food crisis is also the motivator for the Martian mission to Earth in Red Star.

Bogdanov’s philosophical views were a blend of Marxism and the theories of Ernst Mach. It was this deviation from dialectical materialism that eventually led to his break with Lenin and his expulsion from the Bolsheviks.

While some of his ideas date the novels – the Martians stay young by sharing blood through transfusions, a process that killed Bogdanov in real life when he used the method to save a sick patient – many of the problems faced by the fictional Martians are ones that any future revolution will have to deal with. Socialists could do much worse for a starting place than reading these novels.

Red Star was first published by 1908 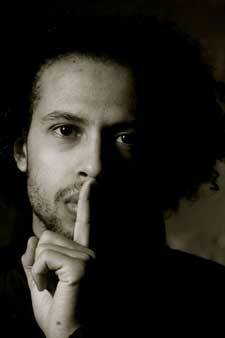 I am nobody's Nigger