When James T Farrell was one of Trotsky’s key defenders in the late 1930s, he was best known as a Trotskyist baseball-obsessed journalist. Farrell met Trotsky in Mexico in 1937 and later said, “You were aware that you were speaking with one of the greatest revolutionaries in history.” But Farrell had already become important in his own right.

In 1935 Farrell had written the Studs Lonigan trilogy of books, which with his O’Neill-O’Flaherty cycle, are some of the greatest novels ever written about the US working class. The books were slow to be recognised – the first volume, Young Lonigan, only sold 533 copies but that soon changed.

The stories focus on Irish immigrants in Chicago’s South Side around the time of the First World War. They open with the grandchildren of the first generation graduating from their Catholic schools. Studs and his friends aren’t dirt poor: their parents have small businesses, and they are proud of being Irish.

They are also unthinkingly racist and thuggish. Studs is ashamed of his own body and his interest in sex, and obsessed with his tough-guy image. He is racked with self-doubt but cannot articulate any of his hopes and fears.

When the war begins, he and his friends all want to join up. They harass German Americans and rely on police racism to get away with it. It’s a new form of their routine violence towards their black and Jewish neighbours. They throw themselves into the 1919 riots and we see Studs and his friends arm themselves with knives, bats and brass knuckles to go “hunting” black people.

American Stalinists, that “league of frightened philistines”, accused Farrell of determinism as Studs is the child of reactionary parents and a viciously bigoted education who remains reactionary his whole life.

However, a younger character, Danny O’Neill, is from the same neighbourhood, with the same racist and superstitious upbringing, but he becomes a revolutionary socialist.

For Studs religion is a weapon he is browbeaten with and which he in turn uses to attack others. When Danny realises he is losing his religion and the priest brushes him off, Farrell writes, “It had made him feel that it was not merely ignorance and superstition. It was a downright hatred of truth and honesty. He conceived the world, the environment he had known all his life, as lies.”

This was more or less Farrell’s own experience and as Danny O’Neill, he listens to an old black man say, “You all is white and young. You is not black, you all has a chance in dis worl’, son!” O’Neill replies, “Someday you will, too, maybe,” only to be told, “Ah, no, not in dis worl’, son!”

The realism of his writing and the depth of even the worst characters have meant that millions have read these books. Some have shuddered at the novels, as Studs hates his way through life.

Others have sided with the much beaten up squirt O’Neill, who swears that by “destroying the old world with his pen, he would help create the new world”. 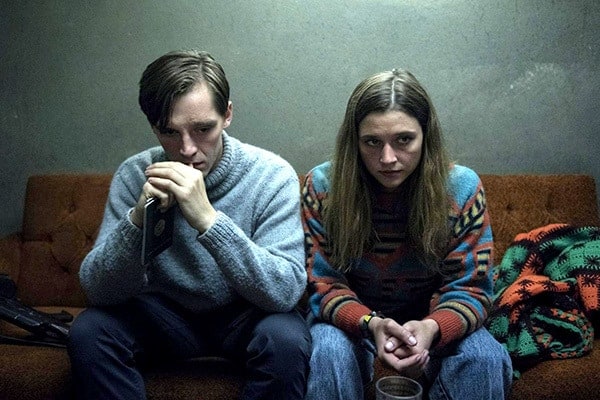 Two classics of Italian opera are revived in the modern world