Over the last two centuries Irish people living in Britain have contributed to many campaigns and protest movements. But those few historians who have told their story, have most often written out this fighting past. Mike Herbert’s history is the first full length account to give this radical history due weight.

Herbert does not just tell the story of the Manchester Irish, but locates their narrative within the linked stories of the movements for Irish independence, and of British working class history.

One of the important themes of Herbert’s book is that there has been a common workers’ movement on both sides of the Irish Sea. Frederick Engels described the poverty suffered by many Irish people living in Manchester in the 1840s. Many of the leading Chartists were of Irish descent, including Feargus O’Connor, who named his paper the ‘Northern Star’, after the journal of the United Irishmen. Twenty years later Karl Marx warned the British workers that, unless they emancipated themselves from anti-Irish racism, they would never be free.

The 30 years before 1914 marked an early high point in the struggle of Irish people for national liberation. Their cause was celebrated in this country by huge marches, which fired the imagination of Eleanor Marx, among others. In the great strikes of 1889 many of the most important activists were Irish. In the first emergence of Irish working class struggles, leading trade unionists frequently toured Manchester, Liverpool and London, calling for support. James Larkin was born in Liverpool, but became famous for the part he played in struggles in Ireland.

These struggles culminated in the war of independence from 1918 to 1921, with Irish forces led by Michael Collins. Some people living in England supported the empire, including those men who volunteered to serve in the murderous Black and Tans. But others supported Irish freedom. Arms were sent from Liverpool, Manchester, Newcastle and Glasgow. Machine guns were even smuggled through England to Ireland by supporters of the Third International.

In January 1922 representatives of the Irish parliament signed a peace treaty with Britain, even though this deal left the British in possession of the North. Over the next 40 years reaction triumphed on both sides of the border, with corrupt local ruling classes bolstered by religion. These were decades of high Irish migration to Britain.

Among the most interesting chapters of this book are those which deal with recent developments, including the history of the movements which were set up to defend people caught up in the web of British repression in Ireland. There are favourable descriptions of such leading left activists as Eamonn McCann and Bernadette Devlin. Mike Herbert argues that the backlash following the Birmingham pub bombings forced a vibrant civil rights movement onto the defensive, and it was only after the 1981 hunger strikes that a mass movement could be reborn. The final sections of this books are devoted to the work of the Irish in Britain Representation Group, which has campaigned since the early 1980s in defence of Irish people living in Britain.

There were many things I enjoyed about this book. It is accessible, written for activists and workers, not academics. Different radical traditions are considered sympathetically, so that readers can choose for themselves which group to identify with. It is an original, lively book that will leave readers with a sense of both anger and hope. 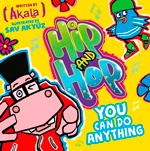