I really wanted to like this book. Jane Lazarre looks back on her father’s life as a Communist Party (CP) organiser in the US, at her own relationship with him and the influence that he and his politics had on her. Plus she is a wonderfully skilful writer. Unfortunately the book has a fatal flaw. It does not really get to grips with the history of American communism. This is not uncommon, and not just as regards the American CP.

Her father, born Itzrael Lazarovitz, was one of many Jews who fled Tsarist oppression and settled in the US. Here he changed his name to William Lazarre, although he was known in the CP as Bill Lawrence.

He was one of thousands of Jewish immigrants active on the American left. He joined the CP, was active in the trade union movement, did time in prison, fought with the International Brigades in Spain, appeared before the House Un-American Activities Committee and, even when becoming disillusioned with the party, steadfastly refused to become an FBI informer. He was throughout his political life a determined opponent of racism.

The problem is that, when exploring his life, his daughter Jane assumes that the CP of the popular front period (1935-39) was the “real” CP, a fault that is a feature of much of the sympathetic writing on the party, both memoirs and historical accounts.

The CP had already abandoned the revolutionary politics of its birth, then passed through a period of crazed ultra-left sectarianism, the “Third Period”, and only in 1935 embraced the popular front.

This trajectory was not a response to the development of the class struggle in the US but was imposed on the party by the Communist International acting on Stalin’s orders.

Her father’s part in the Spanish Civil War is central to her account and she hints at some of the crimes that the CP leaders were either responsible for or at least condoned, but does not really explore the question. To some extent it is understandable that she wants to preserve as much of the heroism surrounding the Spanish War as possible.

What is unforgiveable is her failure to confront the end of the popular front brought about by the Hitler-Stalin pact of 1939. How did her father deal with the shock of the pact and with the impact it had on the CP’s many Jewish supporters? On this crucial question there is complete silence, which seriously compromises the book’s usefulness.

Bigotry gets a makeover 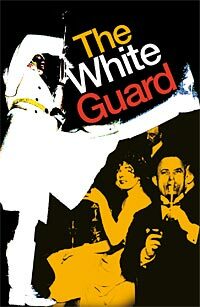