In the aftermath of the financial crisis, US transnational GTX is facing some tough decisions. It has long since expanded from its shipbuilding heritage and into more lucrative markets. As its CEO argues, “Heavy manufacturing is dead… We work for the stockholders now.” Rather than damage the company share price – or jeopardise the construction of its new skyscraping edifice – the decision is taken to axe thousands of jobs.

The story of The Company Men follows the lives of three men caught in this jobs cull and their long and arduous job hunt – so you’d be forgiven for thinking that Hollywood might be waking up to the serious impact of the recession. Instead, with misty-eyed slumber, the ex-company men we follow are all high-salaried executives – and we are asked to sympathise with their challenges ahead.

The main storyline follows Bobby (Ben Affleck), who is the most financially vulnerable of the trio. It gradually dawns on him that he may have to accept a slight pay cut from the $120,000 salary he’s been receiving for the last 12 years. But it gets much worse for poor Bobby. After much sulking and arguing with his wife, he reluctantly agrees to trade in his Porsche for a hatchback and to reduce his $600 a month dry cleaning bill. The despair and indignity of having to cancel his golf club membership is topped only by the family having to downsize their palatial house. Fortunately, there’s respite from this bleakness when, in an act of heart-melting solidarity, little Jonny shows his undiminished love for his dad by spontaneously selling his X-Box. Phil (Chris Cooper), by far the most interesting character, is glossed over, and tears sadly prevent me from saying any more about Gene (Tommy Lee Jones), who can no longer travel by private jet.

The Company Men is not without its serious and genuinely touching moments. At one point Phil resorts to throwing stones at the glass walls of the corporation, yelling the most poignant line of the film: “My life ended but nobody noticed!” This is a cry from the US middle class – they expect to be noticed.

There’s a slightly clumsy attempt at allegory when Bobby is forced to labour for his brother-in-law’s (Kevin Costner) construction company. A return to US manufacturing greatness is presented as the antidote to unbridled financialisation. It’s easy to be nostalgic as characters walk past the rusty cranes and the empty shells of buildings that once housed thousands of jobs and a sense of collective purpose. It’s a shame this wasn’t writer John Wells’s focus. Instead I wanted to shout, as Thomas Paine once wrote, “He pities the plumage, but forgets the dying bird.”

Mise Eire and Saoirse? Films that chart the Irish struggle for liberation 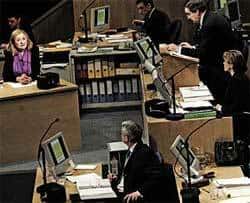 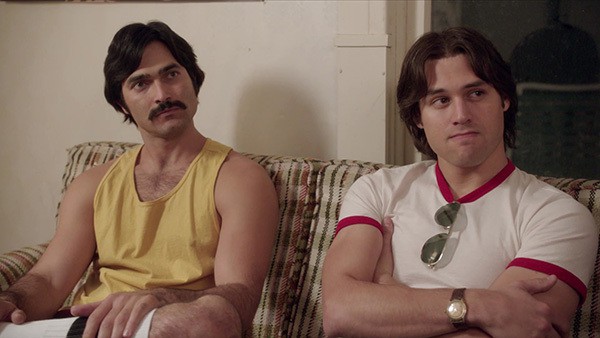 Everybody Wants Some!! is a coming of age drama that sidesteps the genre’s pitfalls