The assistant curator told me to pick up an orange. So I did. Because this is conceptual art. The orange was part of a sculpture intended to make us think about art as something to be consumed — if not it will decay, be good for nothing. Art depends on active participation, in this case the consumption of an orange, the conversion of matter into energy.

How is that art? It is not an art object as we knew it — the idea is now the thing. This is art as a question: firstly questioning the very nature of art and secondly art as a valid medium for questioning its context.

The previous generation had been preoccupied with the future — what it should look like, be like. They had come up with a brand new programme for human habitation, social interaction and cultural values. All that was needed was to put this into practice and the future would shine brightly.

Their programmatic approach to art was contested by the conceptual artists. For art to become truly new its very nature had to be reassessed — no longer objects in the world to be observed, but ideas and concepts to engage with. Art had to become part of “real life”.

If art is real life, how can you tell it apart from those bits of real life which are not art? It can be argued that it is the very breakdown of the distinction, which is now the object of art. We might also say that the artist herself now becomes the locus of her art, not as object, but as action. If art is action, the artist is an activist. The famous fusing of medium and message.

This profound remaking of the very nature of art is often associated with the New York art scene of the 1960s, but it is the contention of Tate Britain’s Curator of Modern and Contemporary Art, Andrew Wilson, that British artists played an important, if overlooked role in this shift.

The politicising of the artist is implied in the choice of period: from 1964, the first Harold Wilson government, to 1979 when Margaret Thatcher came to power.

The exhibition takes an in-depth look at this period of post-war British history, through the eyes and actions of its artist-activists, such as Victor Burgin, Richard Long, Michael Craig-Martin, Stephen Willats and Margaret Harrison. It is well worth re-engaging with this interesting group of people.

Conceptual Art in Britain 1964-1979 brings together substantial material, some rarely seen, from the Tate archives to create an informative, often surprisingly poignant exhibition. It is supplemented by a well-written and illustrated catalogue providing a useful work of reference to a time in British art where questions were asked that we still haven’t answered. 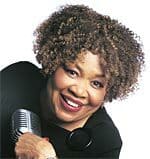 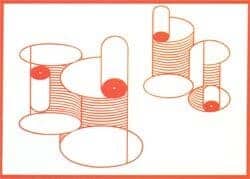 People Wasn't Made to Burn