It’s possible to interpret this riveting drama in various ways. Playwright Julia Pascal has created a fiction rooted in ‘the everyday lives of Israelis and Arabs during the second Intifada’ set in Jerusalem in March 2002, before the mass killings by Israeli occupying forces in Jenin. Specifically, she aims to examine the perspective of a generation of Israelis critical of their parents’ Zionism and questioning Israeli government policy.

The action takes place over a 24 hour period as the Kaufmann family, a tangled mess of secrets and resentments, gathers for a birthday celebration just before 38 year old army reservist son Gideon goes off for a stint in the Occupied Territories. The mother, Varda–played by the brilliant Suzanne Bertish–is a domineering property dealer making big money out of developments on what was the Palestinian homeland. She is outraged at the suicide bombings because Israel was supposed to be a safe haven for Jews. She berates her daughter Lee, also a reservist, for wearing trousers and being unmarried and childless–which she considers both unnatural and unpatriotic–and is curiously reticent about her past.

Lee is a fiercely independent teacher at an integrated school. She loathes her mother’s chauvinism and wants Jews and Arabs to live alongside one another in peace. But is it the impossibility of this ideal that drives her to a covert life of compulsive casual sex?

Gideon is having marital problems. His wife, Yael, an Arabic Jew, wants a second baby, but he can’t discuss anything because he is in an agonised dilemna about the atrocities he is being asked to commit as an Israeli soldier and terrified of the shame of becoming a refusenik. So much for the Kaulfmanns–and the play is gripping as a conscientious and probing examination of generational conflict. For audiences with varying degrees of loyalty to Israel it will provoke recognition and debate, perhaps anger.

At the performance I attended, when Palestinian suicide bombers were described onstage as ‘holy martyrs’, some audience members laughed. But if there is an Israeli ‘side’, what of the Palestinian ‘side’? Nowhere does the play refer to the US–the handler of the Middle Eastern watchdog that is Israel–except as a place for disillusioned Israelis to escape to. We hear next to nothing of the refugee camps, the economic and social embargoes and the massacres.

It could be argued that a work of art has no responsibility to present a ‘fair’ view, that there is no ‘objectivity’, that another play could deal with these factors. But this play does aim to present some kind of balance–and deserves credit for that. It opens with an Arab teenager, Sharif–a Hamas member coordinating some fighting. It later explores his relationship with his brother Yusuf, who works for a Christian restaurateur and dreams of scraping together enough cash to get the family over to the US. There is a sense of their constant struggle against repression and despair. But the play’s emotional weight lies solidly with the Kaufmann drama and the tragedy of their destiny. The Palestinians’ plight, by comparison, is hearsay.

In keeping with this dramatic partiality, the final message is one of despair. Without consideration of US policy in the Middle East and the politics of the surrounding Arab states, the ‘problem’ of Israel’s aggression is indeed insoluble, and reflecting this, the play has little to offer political other than a series of dilemmas with vague suggestions of reparation. Like Gideon, it is racked by doubts but has no language to resolve them. It is however an outstanding drama and it creates a valuable opportunity for debate. 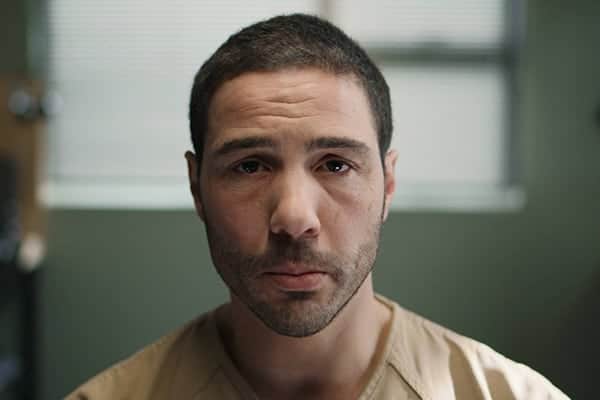 The Mauritanian gives a face to the victims of US torture