This article is over 14 years, 5 months old
Fidel Castro has resigned from his position as head of the government of Cuba after 49 years in charge.
By Mike Gonzalez
Downloading PDF. Please wait...
Saturday 01 March 2008

Even during the last 18 months when his brother Raul (five years his junior) was formally in power he has continued to control things, just as he has ever since he led the rebel army into Havana in 1959.

His resignation letter suggests it is time to pass the baton to a younger generation. The less charismatic Raul, who has been named president, has hinted at reopening negotiations with the US, while at the same time actively building relations with China.

The “younger” generation Castro refers to are presumably the 50 year olds he appointed: the head of Cuba’s economy, Carlos Lage, the president of the National Assembly, Ricardo Alarcon and the foreign minister, Felipe Perez Roque.

He is unlikely to find many candidates among younger people. Cuban youth have no memory of Batista’s US-friendly dictatorship, though they have all lived through the relentless US blockade. When the Soviet Union stopped its financial support of Cuba in 1986 “the special period in time of peace” that followed was, for most Cubans, a time of real hardship and scarcity.

Yet by the mid-1990s the economy was growing again, largely because of tourism and the money sent back by exiles.

For Cubans with access to flats with extra rooms tourism has become a golden goose. Tourist guides or restaurant owners can earn dollars, which gives them access to consumer goods and luxuries.

Most Cubans, however, work for the state (some 75 percent of the workforce). They can only earn a low fixed wage paid in Cuban pesos. True, they have a good health and education system. But the reality of their lives is still far from satisfactory. Services are poor, the infrastructure of roads, water supplies and drainage is collapsing, and beyond the most basic goods most things are out of reach of people.

More importantly, this highly educated population has no access to the political system and no opportunity to challenge the state’s policies. The internet is effectively blocked and the newspapers are mouthpieces of the state. Castro spoke a lot about “people’s power”, yet the last Communist Party congress was ten years ago and the Central Committee keeps its discussions secret.

Against that background, Castro’s popularity in the rest of Latin America and among some enthusiasts in the West is not matched within Cuba. It may be true that the Cuban system has held together because of a combination of the hostility of the US and the historic charisma of Castro – it will not last into Raul’s Cuba.

A recent televised debate between a student and Alarcon, president of the parliament, was very revealing. The student criticised the inequalities in Cuban society, the restrictions placed on most (but not all) Cuban citizens, and the growth of a class of the new rich. He demanded a genuine democracy – not the sham version that Bush now hopes to see there, but a “people’s power”. As a leading Miami Cuban politician who favours dialogue put it, “You can’t take lessons in democracy from the man who bombed Iraq.”

Alarcon had no answer to offer his student critic. But neither the US nor China can offer the younger generation what they want – not the American Dream but a genuine socialist democracy. 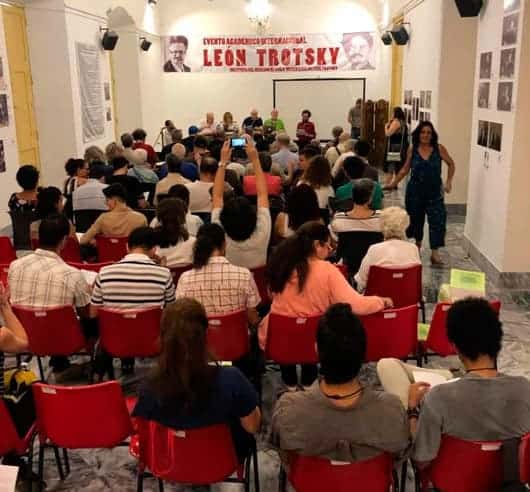