Culture of Hope in a World of Horror

The cotton industry of the early 19th century was an international affair. A vital part of the labour force was African, transported through the slave trade to the American South where the raw material was cultivated. Cotton goods were produced in the mills of Lancashire by a workforce which had been drawn from the surrounding English countryside. The finished products were then distributed for sale in Europe but also to India and beyond, with devastating consequences for the indigenous Indian textile industry. Vast areas of the globe were connected; millions of human lives interconnected.

These features of capitalism 200 years ago are lost on today’s theorists of the so called global economy. But they are not lost on David Harvey. Harvey is perhaps best known for his book The Condition of Postmodernity. But as this collection of articles and essays amply demonstrates he has, for more than 25 years, been engaged in developing a radical, Marxist, geography. It is striking how clearly Harvey puts Marx’s understanding of capital accumulation at the heart of his analyses. Harvey writes, ‘The drive for capital accumulation is the central motif in the narrative of historical-geographical transformation of the western world in recent times and seems set to engulf the whole world into the 21st century. For the past 300 years it has been the fundamental force at work in reshaping the world’s politics, economy and environment.’

One of the best essays, from 1975, is called ‘The Geography of Capitalist Accumulation’. Its starting point is that capital accumulation is the engine which powers growth under the capitalist mode of production making capitalism both highly dynamic and inevitably expansionary. For Harvey, Marx supplies the ‘theoretical and material understanding which will allow us to understand the reciprocal relationships between geography and history’. In particular, Harvey analyses Marx’s Grundrisse, the notebooks Marx wrote before writing Capital. Here Marx talks of the ‘annihilation of space by time’, of how capital strives to tear down every spatial barrier to the exchange of commodities and to conquer the whole earth for its markets. Harvey stresses how this process is full of contradictions, and how the globe has never been a level playing field upon which capital accumulation can evenly unfold.

He ties the uneven expansion of capitalism to the Marxist theory of imperialism, discussing Lenin and Luxemburg, though sadly leaving out Bukharin. Elsewhere Harvey talks about Capital and how Marx relates the story of a 20 year old milliner, Mary Anne Walkley, who died from long hours of work in an overcrowded room and small and badly ventilated bedroom. Harvey compares Marx’s description of her life to the descriptions of Nike’s workers in Vietnam today. The collection also demonstrates clearly how Harvey is at his best when more abstract and geography related and weaker when it comes to strategy today.

The final essay is a talk he gave at the Tate Modern at the start of 2001. It is an engrossing piece about how business, in pursuit of monopoly rent, seeks to trade on values like authenticity, locality, history, culture and collective memory. He gives the example of the redevelopment of Barcelona for the Olympic Games, and how the process opened up questions: whose collective memory was to be celebrated? Was it the anarchists, the republicans, the immigrants from Andalusia or long-time Franco ally and former boss of the Olympic games Juan Samaranch? Harvey suggests that these are key ‘spaces of hope’ for the construction of an alternative kind of globalisation today in which the ‘progressive forces of culture appropriate those of capital’. This shows how the 1980s obsession with culture has affected even the most independent of Marxist thinkers. Nonetheless, reading Spaces of Capital makes you glad there are people like Harvey around, and that they are still looking for such spaces of hope.

Back in the Ex-USSR 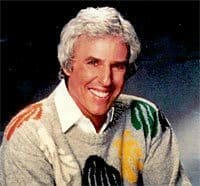 Documenting the struggles for women’s rights