A culture of resistance

This article is over 1 years, 0 months old
The movement against the far right in the 1970s was made at gigs and on the street. Jo Holland reviews White Riot and Paul Holborow, tells the story of building the Anti Nazi League.
By Jo Holland and Paul Holborow
Downloading PDF. Please wait...
Tuesday 29 December 2020

Just over 11 percent of film directors in the UK are women. Statistics around ethnicity are unreliable, but assuming that the majority of this tiny group are white, it is fitting and gratifying that Rubika Shah, director of seminal music documentary White Riot, is an Asian woman.

The film takes us back to the time in the 1970s when racists were being emboldened by Enoch Powell’s “Rivers of Blood” speech, Eric Clapton was delivering his racist diatribe to a concert audience and the National Front were openly marching through the streets.

It was a frightening time, but not everyone was cowed. In response to this appalling emergence of Nazi ideology into the mainstream, Rock Against Racism (RAR) was formed by Red Saunders, Roger Huddle, Jo Wreford, Pete Bruno and others.

The tool was music, but the agenda was political. As Red Saunders, interviewed extensively for the film, notes, “It was our job to peel away the Union Jack to reveal the swastika.”

Using archive footage, White Riot documents the beginnings of the movement from a Hoxton fanzine through to the huge anti-fascist carnival in Victoria Park in 1978 and beyond.

Through interviews, we meet some of the writers, graphic artists, photographers, musicians and fans who made up the RAR Central Collective (RAR CC). These paint a clear picture of what they were up against, versus what they had to work with, which was very little.

Support from socialists and movements such as the Anti Nazi League — whose actual presence does not feature prominently in the film but whose politics most certainly does — was vital.

Animation in the film imitates the cut-and-paste punk aesthetic of Temporary Hoarding, the fanzine RAR CC created to grow the movement.

Lucy Whitman, writing under the pen name Lucy Toothpaste, explains the dynamic style and graphics of Temporary Hoarding, and how this was put together at the Socialist Worker print shop.

We see the basic equipment they had to work with and how that was used to maximise the impact of the message, protocols and events anti-racists needed to know about.

There is a real sense of how grassroots the movement was. RAR CC members recall fans in remote areas writing in to ask how to join their local branch of the movement, only to be told by return post words to the effect of “YOU are the local branch of RAR now”, with guidance on how to set things up.

There are terrifying accounts of the inevitable attention their activity attracted from the fascists, from threats to actual violence, of people and buildings attacked. For example, Clarence Baker, a member of both the RAR CC and reggae band Misty in Roots, was severely beaten by the racist Special Patrol Group (SPG) during a protest against the National Front in Southall.

For their part, the police weighed in by smashing up the sound equipment needed to put on the gigs.

Music is the thread which weaves it all together, and we see one of the earliest times black and white performers share a stage.

Red Saunders recounts the way gigs grew from small beginnings to sizeable concerts and the vast array of artists (too many to name here) participated in them.

In November 2020, Love Music Hate Racism was invited to host a Q&A at a special screening in South London with Shah and producer Ed Gibbs. Though it was not mentioned directly in the film, Shah talked about the centrality of Red Saunders and Roger Huddle’s book Reminiscences of RAR: Rocking Against Racism 1976-1982 to see clear parallels between what was happening 40 years ago and now.

Now, just as then, racists are being emboldened by politicians, Z-list actors, “media personalities” and musicians (well, Morrissey). Again, the cowardly cloak of patriotism is being draped over the shoulders of fascism and again we see them crawling out onto our streets.

It’s our job to be armed with the ideas, arguments and energy to fight them and the story of RAR serves as inspiration.

Shah also described how, unsurprisingly, funding kept running out during the making of her film.

Premiering at London Film Festival in 2019, with all the lip service paid to the Black Lives Matter movement since then, industry backers are not exactly falling over themselves to fund or promote films about anti-racist movements.

Shah was asked which type of audience she would most like to see her film. She considered the question for a moment and then replied that her ideal audience would be the younger generation, in order for them to see what happened, and what could happen again if we let it.

The year 1977 was a turning point in the UK for fascists and anti-fascists alike. The National Front (NF) was riding the crest of a wave.

They had attempted to rebrand themselves as a legitimate participant in electoral politics during the previous few years. In 1973 the new, younger and more media-adept Martin Webster gained a worrying 16 percent in a parliamentary by-election, easily saving his deposit.

This performance was further enhanced when in the 1976 local elections Nazi candidates won 44,000 votes in Leicester (18 percent) and 44 percent of the vote in Lewisham, south London.

In the following year at the Greater London Council elections they stood in 85 out of the 92 constituencies, getting 119,063 votes (5 percent, compared with 0.5 percent in 1973) and beating the Liberals into fourth place in 33 areas.

An Essex University survey suggested NF support during this period would give it 25 MPs under proportional representation.

Against a background of rising unemployment and falling living standards imposed by the Labour government, the NF announced their intention of making a significant intervention at the forthcoming general election (expected in autumn 1978 but which in fact took place in May 1979). This would be on a scale far exceeding anything Oswald Mosley achieved in the 1930s.

But, in August 1977, the NF advance came to a shuddering halt. Around 5,000 anti-racists from the local African Caribbean community, together with activists from the Socialist Workers Party (both locally and across London) playing a central mobilising and coordinating role, stopped the NF’s provocative march through Lewisham — an area of substantial immigration. The Battle of Lewisham decisively altered the scale and scope of the potential opposition to the NF.

This resulted in the formation of the Anti Nazi League (ANL) in autumn 1977. Lewisham showed that very many people wanted to actively oppose the growth of fascism in the UK.

We in the SWP therefore keenly felt we had a responsibility to bring them together in a national organisation. Previously there had been many energetic anti-racist groups around the country, but they lacked coordination and resources.

Following the method the Russian revolutionary Leon Trotsky advocated to oppose the rise of the Nazis under Hitler, and the experience of Cable Sreeet in 1936, we sought to build a united front against the NF.

We approached key figures in the Labour Party, most notably Peter Hain and Neil Kinnock (then a young and very rebellious MP), together with trade union leaders, the Indian Workers Associations and many anti-racist and community groups.

Our founding statement encouraged anyone who wanted to oppose the growth of the Nazis to come and join the ANL and, as importantly, join in and organise any activity to this end. Leading figures from the world of entertainment and music were enthusiastic in their support, as were football managers such as Brian Clough and Jackie Charlton.

Once the contours of a national organisation were established, the ANL grew very quickly. The threat of the NF was widely appreciated, and people wanted to join an ongoing campaign to stop them breaking through into the political mainstream.

The ANL produced hundreds of thousands (running into millions) of high-quality and strikingly-designed leaflets and posters. Above all it encouraged grassroots activity, including many inspiring examples in the pits, docks, engineering factories and among many white-collar workers.

This bottom-upwards approach was driven by the politics of the SWP whose members in industry and local branches often played a decisive role in the ANL’s exponential growth.

This culminated in the huge carnivals jointly organised with Rock Against Racism. Within the space of a few months the smooth progress of the NF had been stopped in its tracks as Webster later testified. By the time the general election came their support collapsed even in their strongholds.

I think it’s fair to say that the achievements of the ANL rank as one of the most significant successes of the British left. As such it provides an important template 40 years on for how to respond to the looming challenges of the racist and hard right across Europe and beyond. 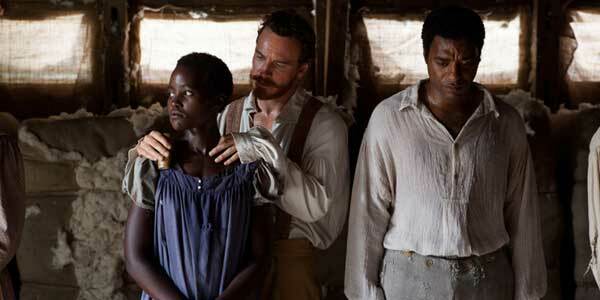 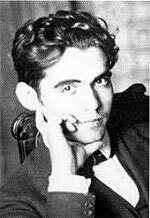