The visibility of trans people has taken great leaps in the past couple of years. The release of The Danish Girl is well timed to continue that trend.

Lili Elbe was born Einar Wegener in 1882. Einar became an award winning painter of rather restrained landscapes. She died aged 49, legally a woman, with a passport in the name Lili Elbe, after undergoing five experimental operations for gender confirmation.

The Danish Girl is the film of the 2001 bestselling novel by David Ebershoff. Although it tinkers with some of the facts in order to obey cinematic conventions, it brings Lili’s story to a mainstream audience and for this reason should be applauded.

It begins a few years into the marriage of Einar and fellow artist Gerda. While Einar has achieved some success, Gerda is still struggling for recognition.

Einar’s latent transgender identity becomes awakened when Gerda asks him to put on stockings and heels and stand in for a female model who has not arrived. Einar enjoys the experience, and continues to model for Gerda.

Starting to identify as Lili, she is introduced to friends and acquaintances as Einar’s cousin. As she struggles with her double life Lili comes to dominate. Einar tells Gerda, “I feel as though I’m performing myself.”

With Lili as her muse, Gerda’s career takes off and the couple move to Paris. But Gerda finds it difficult to accept Lili’s identity dominating that of Einar and tensions in the marriage increase.

Ultimately Lili tells Gerda, “It doesn’t matter what I wear, when I dream it is Lili’s dreams”.

Lili hears about the possibility of gender confirmation surgery and, although entirely theoretical at this point, she sees it as her only hope.

It is interesting to note that Lili’s first operation was supervised by the pioneering sexologist Magnus Hirschfeld, although this is not mentioned in the film.

Tom Hooper’s direction, with its linear narrative hinging on a central love story, is too conventional for its subject matter, portraying as it does such avant garde characters.

And the film is too tragic. In the film Lili becomes almost a recluse, whereas in reality the couple chose to live in Paris for almost 20 years because of its much more tolerant bohemian circles. Paris had a thriving gay scene in which trans people played an important part.

Lili’s diaries and letters were collected into a book published as Man Into Woman. She describes socialising, attending artists’ balls, going to carnivals, entertaining guests at home and living a full life. This isn’t explored in the film.

Striking as he is, Eddie Redmayne does not quite convince as Lili. Alicia Vikander is excellent as Gerda, although her character’s own sexual identity is underexplored.

Lili Elbe’s story is inspiring. This is a valuable and tender film that sheds light on an underappreciated LGBTI pioneer.

Times Square It is a-Changing 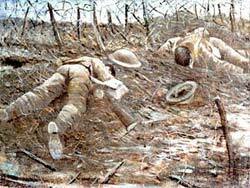