This article is over 7 years, 9 months old
War trauma has been suffered by soldiers for centuries, but it took on a whole new scale during the industrialised slaughter of the First World War. Roddy Slorach exposes the callous treatment of sufferers at the hands of their "superiors".
By Roddy Slorach
Downloading PDF. Please wait...
Wednesday 05 November 2014

The Great War represented industrial warfare on a previously unimaginable scale. When the fighting finally ended, 20 million soldiers and civilians were dead. More than half of the 3 million British troops who fought were deafened, blinded, lost limbs or were badly disfigured. It was “shell shock”, however, affecting much smaller numbers of troops, which became the signature injury of the war. How did this vague and inaccurate term for war trauma come to achieve such iconic status?

War trauma had first been recognised as a medical condition in the 17th century, and it was known during the American Civil War as “soldier’s heart” or Da Costa’s syndrome. The British Army’s Dr Charles Myers, one of a new group of specialists calling themselves psychologists, first used the term “shell shock” in 1915. In October 1917 it was reported responsible for one seventh of all army discharges (one third if wounds were excluded). By the end of the war the army had dealt with more than 80,000 cases.

“Men might be killed instantly, but without apparent damage, by concussion; blown to tatters by direct hits; cut up as if by some malicious butcher; crippled by flying fragments of their comrades’ bodies or shocked into babbling incoherence by a capricious hit which left them unscathed among the remnants of their friends. Evidence of death was all too abundant…splintered trees turned to gibbets, heavy with dismembered limbs and glistening ropes of entrails. One French Officer wrote of ‘a place where one can’t possibly distinguish if the mud were flesh or the flesh were mud’.”

In 1917 the battles of Arras, Messines and Passchendaele produced a flood of cases. In the area around Ypres the water table was too high for proper trenches. During the night, after one particularly rain-soaked offensive, a junior officer, Edwin Vaughan, lay and listened:

“From the darkness on all sides came the groans and wails of wounded men; faint, long sobbing moans of agony, and despairing shrieks…dozens of men with serious wounds must have crawled for safety into new shell holes, and now the water was rising about them and, powerless to move, they were slowly drowning. Horrible visions came to me of these cries, lying maimed out there trusting that their pals would find them, and now dying terribly, alone amongst the dead in the inky darkness. And we could do nothing to help them.”

Sleepless
Events like these overwhelmed the four specialist units set up by Myers in December 1916. Tens of thousands of soldiers lost their sight or speech, became paralysed or incapable of normal movement, sobbed and screamed uncontrollably, lost their memories, hallucinated, were rendered sleepless and incapable of fighting.

A diagnosis of shell shock could mean medical treatment instead of a court martial for cowardice or desertion of duty. Books and films about the Great War often portray the treatment of officers. Those showing symptoms were diagnosed as suffering from neurasthenia or nervous collapse. They were allocated private rooms in tranquil country houses: St Andrew’s Hospital for Mental Diseases in Northampton advertised itself as “For the Upper and Middle Classes Only’”. Only a tiny number of victims were treated well.

Among soldiers the same symptoms were usually interpreted as a lack of moral fibre, or “hysteria” — which the 1910 edition of Encyclopaedia Britannica defined as a psychological condition primarily associated with women, or with “inferior races” such as Jews and Slavs. Eugenicists, those most closely associated with such ideas, argued that shell shock proved the physically and mentally degenerate state of the working class. The rank and file were accordingly treated very differently to their “superiors” in the officer corps.

Those in the ranks were sent to traditional field hospitals, where they were likely to die of disease or infections in filthy conditions. A small number were sent to asylums. But Myers was opposed from the outset by those who believed that shell shock was simply cowardice or malingering, the answer to which was greater military discipline.

The argument that symptoms were the product of the unconscious, that hysteria was all in the mind, echoed the generals’ conviction that it was all fakery and weakness of the will. French, German, Austrian and British armies alike saw shell shock as a catastrophic threat to military manpower. They used extreme remedies — electrotherapy (agonising electric shocks) combined with brutal military discipline — to shock patients back to normality.

Over 3,000 death sentences were pronounced on British soldiers found guilty of cowardice or desertion, 10 percent of which were carried out. The accused had no right to legal representation, although some were allowed a “prisoner’s friend”. Condemned men weren’t told of their right to petition the king for clemency — so none did. In January 1915 General Routine Order 585 reversed the assumption of innocence, so that anyone accused was guilty until proved otherwise.

Accused soldiers were generally young and working class, with their judges upper class officers from public schools, mirroring the class divide in magistrates’ courts at home. The records of courts martial show officers referring to soldiers as “worthless” or “shirkers”. One officer’s statement on a soldier’s character said, “I consider him an insubordinate man of low class.”

In February 1916 Private James Crozier was found guilty of deserting his post and was shot. Two weeks earlier 2nd Lieutenant Annandale had also been found guilty of the same offence but escaped a death sentence due to “technicalities”. That summer an army directive stated that all cases of cowardice were punishable by death and that medical excuses would not be tolerated. Only three of those who were shot, however, were officers — all of them from modest backgrounds and without connections.

For the top brass, firing squads were necessary to stiffen the resolve of the rank and file, and to prevent the “weak-willed” infecting the strong. Blaming the individual was also convenient for governments worried about huge pension costs. The British Army banned any further diagnoses of shell shock in 1917, but admitted it into its judicial procedures in March 1918 — partly due to external factors. Unrest among soldiers followed larger-scale mutinies in the French army that summer, coinciding with the Russian Revolution. Armed Forces Commander Haig worried aloud in November 1917 about “advanced socialistic and even anarchical views” in the ranks. Discharged soldiers and sailors demonstrated at the Albert Hall in March 1918, followed by a mass rally of wounded ex-soldiers later that month.

Some doctors initially believed shell shock was really hidden brain damage due to bursting shells. But many showing the symptoms had not been exposed to artillery fire. Most German psychiatrists believed it was simply male hysteria (which they came to call Schreckneurose, or “terror neurosis”). One who treated soldiers from both sides — all of them coming directly from the front — recorded a striking difference in their behaviour. The German troops exhibited the familiar symptoms, but the French prisoners showed none. “Ma guerre est fini” (My war is over) was the common turn of phrase. For them, the danger had gone, and with it the likelihood of developing a neurosis.

Fiery
The Russian Revolution of October 1917 initially led to German military gains. But the defeat of this new offensive led to widespread mutinies and ultimately to an uprising in November 1918, which ended the Kaiser’s rule and signalled the beginning of five years of revolutionary upheaval. Disabled veterans frequently played a leading role:

“When rumours of the revolution swept into the neurosis station at Mergentheim, an hysterical soldier about to be examined by [a psychiatrist]…at once ‘ran to the town’s market square and delivered a fiery political speech to an excited crowd.’ Many of Max Nonne’s neurotic patients suddenly shed their symptoms and became revolutionary leaders: ‘In my ward, one refractory shaker, who had complained of being treated too roughly, took on the function of the soldiers’ council, and was in high spirits’.”

One Berlin psychiatrist diagnosed that the revolution, “by inverting the social system, had removed the social function of neurosis”. The war’s end, and along with it the threat of being sent back to the front, led to a rapid improvement in the condition of many veterans.

In Britain in 1919 massive labour unrest included strikes by the police and a “peace riot” in Luton. In subsequent years Armistice Day events were repeatedly disrupted by groups of veterans, often with widespread local support. By 1920 the Labour Party had publicly linked shell shock and executions at the front. A Royal Commission inquiry was told by Lord Gort that shell shock was a regrettable weakness not found in good army units. As committee chair Lord Southborough said, “The subject…cannot be referred to with any pleasure. All would desire to forget it.” Predictably, the inquiry’s report in 1922 was a whitewash.

The treatment of most shell shock victims epitomised for millions the cruelty of the British ruling class and the trauma of a “lost generation”. Eugenic ideas went into decline and the popular revulsion at the generals led to reforms in the military. In the First World War soldiers had been executed for disobedience, sleeping on post or striking a superior officer; by 1930 only treachery and mutiny remained as capital offences. At the beginning of the Second World War the term shell shock had been replaced by the more neutral “combat stress reaction”.

Despite a collective pardon by the Labour government in 2008, after a long campaign by their relatives, the names of the 306 executed men still don’t appear on official war memorials. 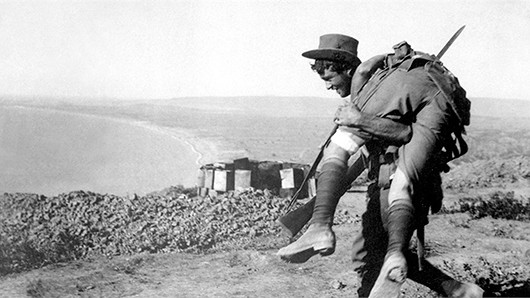 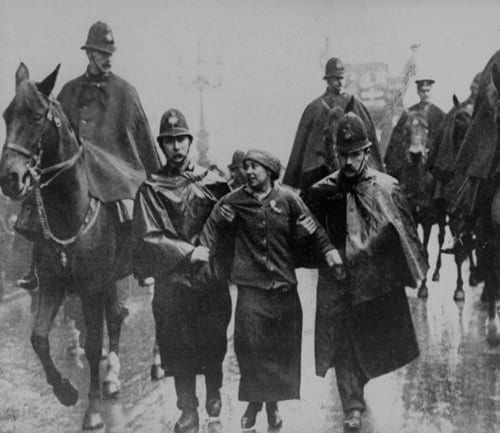 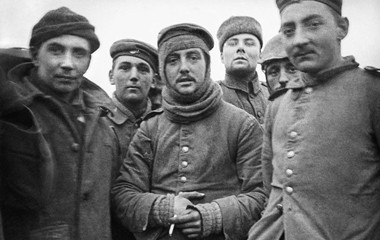