The poet Percy Bysshe Shelley has been out of favour for some time, overshadowed, particularly among feminist critics, by studies of his partner, Mary Shelley, and her mother, Mary Wollstonecraft.

This was a necessary correction. In the past these extraordinary and creative women merely existed in the slipstream of Shelley and his circle. What was missing from this well-documented group was any account of Fanny Wollstonecraft, the daughter of Mary Wollstonecraft, who committed suicide in 1816 at the age of 22. Little is known about Fanny; she had no literary talent, though her letters provide interesting insights into the lives of William Godwin, Percy Shelley and their circle.

Janet Todd’s poignant account of this young woman should have been an interesting book. Instead it is full of tittle tattle and speculation, with an element of prurience that tells us more about their sexual and private lives than we need to know, and almost nothing about the literature, poetry and politics of this remarkable group of people.

According to Todd the legacy of Mary Wollstonecraft and William Godwin was a curse from which their children could not escape. Her account of Shelley’s personal relationships is as moralistic as any Victorian and could be taken as a condemnation of any attempt to break free from conventional bourgeois family relations. Todd reduces their attempt to live up to the ideals of the Enlightenment, breaking with the conventions of the past, to the sordid level of its human cost.

What is missing is any account of the creative impulse that first inspired William Godwin and Mary Wollstonecraft to experience life beyond the boundaries of convention. In the early years of the 19th century, influenced by their example, their daughters – 16 year old Mary Godwin Wollstonecraft and her sister Claire – eloped with Shelley and lived together on the continent. Fanny was distraught at being left behind. According to Todd she was also in love with Shelley, and their abandonment of her contributed to her depression and ultimate suicide. All of them paid a high price in personal terms: suicide, depression, bankruptcy and the condemnation of society.

What Todd cannot recognise or understand is why these women threw over their home and respectability to be with Shelley. In doing so, she demeans them. Her only explanation is that they were mesmerised by Shelley’s personality and his utopian ideas of free love.

In reality, the daughters of the Godwin household were reared in an atmosphere of books, ideas and debate, where the finest minds of the era called on the house. These women were part of a family that a friend described as “the aristocracy of genius”. They were extraordinary and creative women who defied convention. What’s missing is how these innovators in culture and politics were affected by the turning tide from revolution to reaction in the 20 years after the French Revolution, where for at least two generations it was almost impossible to articulate or imagine the possibility of women’s sexual independence.

Todd’s interrogation of their personal lives would be acceptable if it was balanced with an account of Godwin’s Political Justice, Wollstonecraft’s Rights of Woman and Shelley’s magnificent poetry. Instead these great works become, in Todd’s hands, merely a stick to beat them with.

Jamie Oliver patronises us with his Sainsbury's school experiment 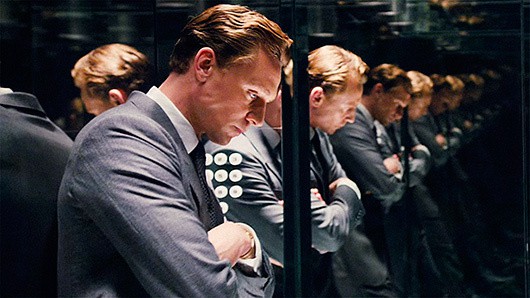