John F Weeks sets out to demonstrate how there is an alternative to austerity, effectively exposing the Machiavellian machinations of Conservative policies along the way.

Austerity myths were constructed carefully over time and the author is at pains to systematically demolish the lot. His sleuthing is done with relish and enthusiasm as he urges us to “change the rules and drive ourselves”.

The author does not presume any prior knowledge of his readers and from the start explains deficits, debts and propaganda techniques. Of the latter, repetition of any myth is shown to lend credence, converting it to — in the words of economist JK Galbraith — “conventional wisdom”. We are reminded that ill-informed citizens provide the pre-condition to being duped by governments wishing to undermine democracy and serve their special interests.

We are then presented with fallacious but commonly held beliefs. These include: “We must live within our means”; “Austerity, there is no alternative”; “Taxes are a burden”. Each is debunked with concision and wit.

For instance, we are led to think that our government has a particular budget which we cannot afford to overrun. He explains that governments who manage their own currencies (such as the UK) do not confront fixed budgets as they create their “means” either through borrowing or enhanced tax.

The misuse of the idea of “affordability” is here shown using the example of the ageing population. We are often told that the young must shoulder the burden when the income-earning capacity of older people ends and is replaced by either public or private pensions. The shift of adults from taxpayer to pension recipient inevitably affects tax revenue and this latter factor dovetails with pensioners needing more health and care services. This is what places the “burden on the young”.

The author points out that this is a choice made by undemocratic governments, and that it is only a sociopath who would stigmatise the fundamental characteristic of all societies to want to care for their elderly. Many have described this as a “Demographic Bomb” but, (the author insists), there are no explosives in it. He points out that in obvious “demographic bomb” countries (France, Germany, Great Britain, US and Japan) the labour force participation rate (what determines whether youngsters bear an increasing weight of oldsters) has hardly changed over the last 25 years.

It’s difficult to point to the most salient parts of this book; I can only urge you to read it, revel in its wisdom and take whatever action you can to defuse government lies. As the author insists: “There is an alternative: Democracy”. 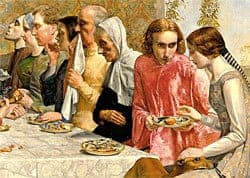