The US Republican Party has often stood incompetent nonentities for the presidency. These men were nominated because they were considered electable. Their lack of ability was not important because they were never going to be more than figureheads. Other people, who were not electable, were actually going to be running the country. Warren Harding, who was elected president in 1920, was described as having none of the qualities necessary to be president, except that he looked like one. This was, of course, one more presidential quality than George W Bush ever possessed. For the record, Harding presided over one of the most corrupt administrations in US history and, before the advent of Bush, was generally regarded as the country’s worst president.

Having a figurehead president is not always a disaster. Ronald Reagan, for example, who only ever really had an occasional understanding of what his administration was doing, presided over US victory in the Cold War. The man is positively revered today. Bush was not to be so lucky.

From this point of view, it is positively misleading to write of a Bush presidency. The man was too lazy, incompetent, ill-informed and downright ignorant to actually run the government. Indeed, he was only there to make what the hard-nosed ruling class warriors in control were doing acceptable to US public opinion. Bush was the folksy front man for a faction of the US ruling class too brutal to ever win the presidency themselves. He was their puppet, someone to be manipulated and managed, with only the appearance of autonomy. And now the puppet has published his memoirs.

Decision Points is a work of fiction, in which a prodigal son, someone who rediscovered innocence in his 40s, progresses through a mythical America to become the people’s choice for president. The book portrays him as a self-made man, which he clearly isn’t – he is the child of wealth and privilege. And, of course, he took office after a rigged election – not, it has to be said, altogether unprecedented in the US. Once in the White House, he had to battle against the country’s enemies, make the US safe and bring the blessings of the American way to the whole world. His hope was to spread freedom.

The book is clearly the work of professionals, much of it apparently plagiarised, but is nevertheless cleverly put together for a US audience. It is, among other things, intended to demonstrate that the puppet had no strings – that Pinocchio Bush was, in fact, a real boy. It fails, and, indeed, the slightest contact with reality reveals it as a work of fiction.

Bush’s response to the 2005 Katrina disaster, the abandonment of New Orleans, demonstrates the point. He was deeply hurt by allegations that he was a racist. Now, on a personal level Bush was not an old-fashioned racist – he had Colin Powell and Condoleezza Rice in his administration, and Rice, in particular, was a family friend. What this leaves out of the picture is the reality of US society. The US was a racist, class society, the policies of his administration had made this worse, and Katrina demonstrated this to the whole world.

It was Bush’s wars, however, that dominated his two terms in office, first saving his presidency and then completely discrediting him. In his account, the Al Qaida attack was an attack by evil men on a country concerned only with doing good. The reality is something different. Bush presided over military adventures that were intended both to reassert US control over the Middle East and to demonstrate US global dominance. US economic supremacy was slipping away, so the empire was coming to increasingly rely on military might. The “war on terror” was only invented as an ideological justification for the exercise of US military power worldwide.

The result has been a disaster, not just for the people of Afghanistan and Iraq, but also for US imperialism. The invasion of Iraq was a mistake, incompetently executed, even from the point of view of the empire. It has left the US weaker than it was before the invasion. And the invasion of Afghanistan has turned into a protracted and unwinnable conflict that shows every sign of spreading and becoming an even bigger disaster than Iraq. This is Bush’s legacy. Standing alongside him through all this was Tony Blair, “my closest partner and best friend on the world stage”.

In his memoir, Bush justifies both torture and assassination (by drone), but really too much has been made of this. Torture has been carried out either under US auspices or by the CIA itself under every president since the end of the Second World War. Bush is just the first to admit it, although he does try to minimise it and apologise for it.

Decision Points was written by and for a president who presided over serious setbacks for US imperialism and was in charge when the global financial crisis exploded. His memoirs contribute nothing to our understanding of the period we have lived through.

Novel that packs a punch 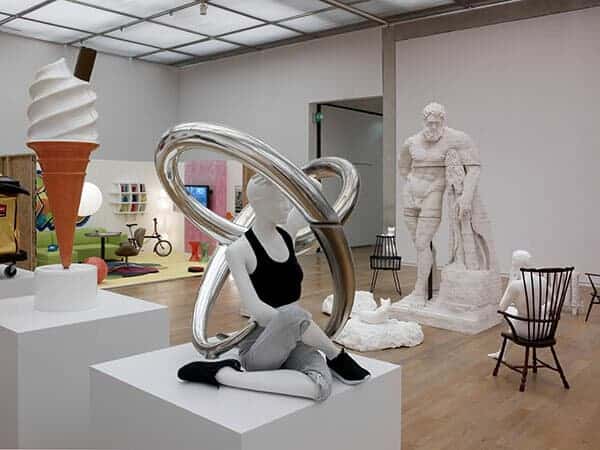