As the title suggests, this is a story of 12 months in the life of a city. Subtitled “The year that changed soul”, it is much more than that. Leading black music label Motown is at the heart of the story, and 1967 is one of Motown’s more turbulent years, but it’s set against the backdrop of growing opposition to the war in Vietnam, police brutality, a disaffected black population, rioting, strikes in the Big Three car plants and what seemed like the imminent breakdown of society.

Cosgrove weaves in and out of all of these — each chapter covers the major events of a month, but many of the issues reappear time and again.

One of these threads is the story of The Supremes, Motown’s most successful female group. The year opens with them already suffering from an exhausting tour schedule and starting to fall apart as the departure of Florence Ballard begins and the group morphs into Diana Ross and the Supremes.

Motown has long tried to portray itself as a “family” but if you ever harboured any illusions in that image, 1967 was the year to dispel them.

Not only were The Supremes fraying at the edges, but the fantastic song-writing team of Holland-Dozier-Holland started a dispute over payments and royalties that meant they left the label in early 1968.

The brilliant Marvin Gaye and Tammi Terrell partnership was to end with her collapse on stage and more and more of the artists like the Funk Brothers began to voice their dissatisfaction with Berry Gordy’s leadership.

At the same time events were to shape the music to come out of Motown in later years. As Cosgrove writes, “The influence of counterculture led to the rise of a more rock-oriented form of psychedelic soul that was soon reflected in the Temptations’ album Cloud Nine.

“The pursuit of meaningful lyrics broke Motown’s obsessions with teenage romance and led to the great concept albums of the early 1970s — Marvin Gaye’s What’s Going On, Funkadelic’s eccentric Free Your Mind…and Your Ass Will Follow, and Curtis Mayfield’s urban masterpiece Super Fly.” All these albums are essential listening.

At the heart of Detroit ’67 are the riots of July, the tensions that led to them and the aftermath, including the shooting by the police, execution-style, of three black men in the Algiers Motel. Reading this book as the protests continue a year on from Ferguson, you aren’t surprised to find that none of the policemen charged were convicted.

Detroit ’67 is full of detailed information about music, politics and society that engages you from beginning to end.

You finish the book with a real sense of a city in crisis and of how some artists reflected events. It is also the first in a trilogy by Cosgrove (Memphis 68 and Harlem 69).

By the time you finish this, you’ll be eagerly awaiting the next book.

Lies exposed and a blast against the liars 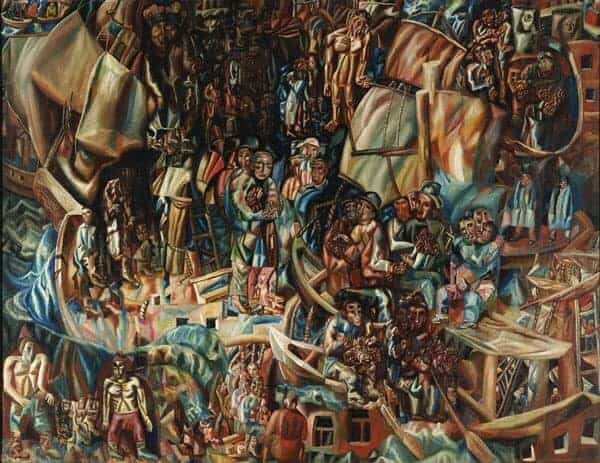