Under Tony Blair, the Labour government’s rationale and decisive role in realising the terrible invasion and occupation of Iraq can often prove difficult to comprehend. In this context, Mark Curtis’s book Unpeople is an important resource for Britain’s anti-war movement because it presents us with a useful exploration of the real motivations behind Britain’s foreign policy, with reference to the invasion of Iraq and a number of important historical interventions that British governments have made in the post-war era.

As in previous books such as Web of Deceit and The Ambiguities of Power, Mark Curtis has undertaken intensive research of official government records and declassified documents. He aims again to expose the contradictions between what our governments have said and what they have done on the international stage.

In this book Curtis argues, ‘British foreign policy is guided by a tiny elite – not just the handful of ministers in successive governments but the civil servants, ambassadors, advisers and other unaccountable Whitehall mandarins.’ Importantly, he goes on to link the words and actions of this ‘elite’ to the consequent suffering and death of ‘those whose lives are deemed worthless, expendable in the pursuit of power and commercial gain… the modern equivalent of the “savages” of colonial days’ – these are the Unpeople.

The book is divided into four parts. The first and second parts deal with Iraq, from the build-up to the invasion, to the war and the occupation. These sections provide us with a timely account of this most recent war of the ‘elite’ upon the ‘unpeople’. We are reminded of the long list of lies and dark arts that the government has utilised – from ‘dodgy dossiers’ on non-existent WMDs, to the development of Blair’s fraudulent pretext for this and future military adventures – ‘humanitarian intervention’.

The third part outlines how the government has developed friendly links with some of the world’s leading terrorist states – the US notwithstanding. Curtis casts a critical eye over the government’s tacit support for Russian atrocities in Chechnya, Colombia’s systematic human-rights abuses, and ongoing military assaults by Israeli forces against Palestinian civilians. He highlights the fact that in each of these cases ongoing ‘British interests’, especially those of our arms and oil corporations, have shaped government policy. The history of British intervention and support for human rights violations in Nigeria and Indonesia, and for the US during the Vietnam war is discussed in detail.

Curtis provides further evidence of this willingness to act according to economic and geopolitical interests in section four, where he highlights British support for political coups and dictatorships that have provided fertile ground for British business. The encouragement of Idi Amin’s 1971 Ugandan coup, and that of Pinochet in Chile is revealed in depth, as is the long history of intervention in the Arab world. Here successive British governments have done whatever necessary to maintain western control in the region while deterring the development of democracy in countries such as Yemen and Oman.

Unpeople ends with the distressing statistics of the direct and indirect interventions that Tory and Labour governments have made in the pursuit of power and economic interests. The estimated number of deaths caused by each war or coup that our governments have supported is given, with a final estimation that Britain’s role has resulted in the deaths of around 10 million people across the so called post-war world.

In the conclusion Curtis argues for increased levels of radicalism within Britain. He highlights the significance of the anti-war and anti-capitalist movements, while criticising NGOs for their silence over British foreign policy and for reformist tendencies which have barely even dented the system.

By placing Tony Blair’s wars in their historical context, Curtis has provided the anti-war movement with concrete examples of how British governments, Labour and Tory, have lied in the service of British and western interests and turned a blind eye to the deaths of millions – while maintaining the public deception that our country only acts in the interests of human rights and democracy.

In July 1965 President Lyndon Johnson gave notice to the British prime minister, Harold Wilson, of his intention to double the number of US troops in Vietnam. In response, Wilson not only promised political support, but also went on to boast that, ‘our attitude has been of great benefit to the US government in terms of international opinion, for our example has helped to restrain a number of European and Commonwealth countries from giving more vocal and forceful expression to their own apprehensions about the course of American policy in Vietnam.’ Sounds familiar, doesn’t it? 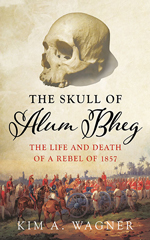