A crisis caused by uncollected rubbish has triggered the biggest popular protest in Lebanon for a generation. And in Iraq, discontent over electricity shortages has galvanised a movement for an end to corruption and the sectarian wars.

The fast pace of neoliberal reforms in Egypt has pushed workers in the civil service to call for a million-man protest march in September, while low-ranking police officers have staged a series of strikes despite the threat of harsh penalties.

These murmurs of discontent are not on the scale of the 2011 uprisings, nor do they represent an end to the wave of counter-revolution and repression that has swept the region.

But they show that the pressures that gave birth to the Arab Spring are still at work, and are greater than ever. The poverty, neoliberal policies and repression mean that the dictatorships are balancing on the tip of a pyramid.

The rubbish crisis in Lebanon is rooted in the mass waves of privatisation that followed the end of the civil war.

The focus of the protests is the chintzy downtown of central Beirut, the area that hoovered up the bulk of reconstruction money and has become the playground of the rich.

The electricity shortages in Iraq are the result of years of sanctions and occupation, but also of the inability of the post-occupation regime to restart even the most basic of services. There protesters gathered in Iraq’s symbolic Tahrir Square.

In Egypt the triumphalism of General Abdel Fattah el-Sisi’s regime following the 30 June coup rings increasingly hollow as the poor continue to carry the burden of his neoliberal economic reforms. His regime now relies more on naked repression than at any point since he seized power in 2014 (see below).

That Lebanon and Iraq, countries racked by sectarianism, occupation and external interference, have given birth to popular movements united across a sectarian divide points to a way out of the malaise that has engulfed the region since the peak of the revolutions.

At the heart of these movements, and the cause that cuts across all sectarian and ethnic divisions, is the demand for social justice. The anti-sectarian chants in Iraq, as well as the mixed demonstrations in Beirut, show that the social soul of the Arab Spring remains alive.

Yet these movements remain vulnerable. If the Egyptian civil servants mange to pull off their mass protest in mid-September it will bring in the most crucial force in the region, the working class. The chances of this remain slim as the forces lined up against them are formidable.

Yet it is a reminder that the mass movements that shook the region in 2011 can suddenly re-emerge, and the regimes fear this more than ever.

Egypt’s disappeared turn up in court

A number of Egyptian activists who had “disappeared” have now resurfaced and are accused of terrorism.

One of the disappeared, Suhayb Saad, was shown on TV confessing to terrorism. Others re-emerged months later following secret incarceration.

Saad’s brother told the Reuters news agency that he showed signs of torture, including electrocution. His lawyer pointed out that he was in jail at the time that one of the crimes was supposed to have been committed.

The fate of the activists, as well as a number of people not involved in any political activity, is causing increasing concern among civil rights organisations.

According to the Freedom For The Brave rights group, there have been 164 recorded cases of enforced disappearance since April 2014 and the fate of at least 66 of them is unknown.

Many of the victims were last seen being dragged away by security forces.

Some of the victims were blindfolded and dumped on country lanes miles from their homes. Others have turned up dead.

Workers and the Arab revolutions 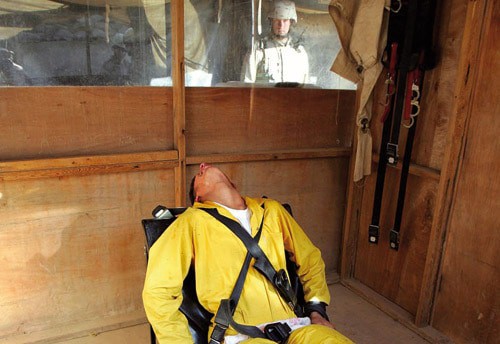