Dispatches from the Dark Side

Torture has become synonymous with the “war on terror” and allegations of torture have rocked the British political establishment. Gareth Peirce’s new book charts the increasing criticism of the US and British states on the issue. Peirce is a formidable force. Her commitment to justice has led her to take on many cases of the wrongly accused and imprisoned to clear their names, including the Guildford Four.

This collection of essays looks at legal case studies from Guantanamo Bay and the wider legal context of authorised torture and imprisonment of suspected “enemy combatants”. Rendition, internment without trial and torture have become hallmarks of Western powers’ use of the law.

Peirce sees this as a violation of the law as a whole and takes aim at the administrations of George W Bush and Barack Obama in the US and New Labour in Britain. As over 200 Iraqi detainees bring their cases to the High Court with accusations of British complicity in their torture this is a reminder of how the law should be used – but how it has been systematically abused by those in power.

Peirce is not overtly polemical – in many ways there is no need. The calm and measured tone with which she communicates injustice after injustice exposes the deep racism at the heart of the governments that seek to silence criticism of their imperialist wars. 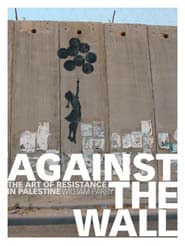