A disproportionate number of deaths

This article is over 2 years, 2 months old
Are BAME people more likely to die from Covid-19 because of genetics, diabetes, or even vitamin deficiencies? No, argues Dr Kambiz Boomla, racism lies at the heart of the differing death rates.
By Kambiz Boomla
Downloading PDF. Please wait...
Saturday 06 June 2020

The Office of National Statistics last month published figures on who dies of coronavirus. It revealed a shocking truth that the risk of death for south Asians is twice as high as that for whites of the same age, and that blacks have a fourfold increased risk. Behind these figures lie human faces.

In east London where I live and work, there are four people I want to mention. Yusuf Ali was a driver for Tower Hamlets council, taking children to special schools. He died alone in his flat. Donald Suelto was a nurse who lived in Bow. He also died alone at home. Dave Last was the caretaker/handyperson at my old practice. He spent a week at home before being admitted to hospital and dying.

In Newham, Dr Yusuf Patel became the fifth GP to die of Covid-19 in the Woodgrange practice. He died on Monday 20 April.

At Homerton Hospital in east London, a urologist who I did not know, Dr Abdul Mabud Chowdhury, 53, died of Covid-19 on 8 April. Five days before he was admitted to hospital, he had appealed for “appropriate PPE and remedies” to “protect ourselves and our families”. He wrote to health minister Matt Hancock about this.

Dr Chowdhury’s son said that he was “so proud” that his father had the “courage to point out something wrong that the government was doing. I’m glad it is getting the attention now that it needs to protect NHS workers on the front line because it pains me to say that my father is not the first, and he is unfortunately not going to be the last, NHS front-line worker to die”.

We now know that of deaths among doctors, 94 percent are BAME. The figure is 71 percent among nurses. A fifth of the 1.2 million people working in the NHS are from BAME backgrounds, so it’s clear that we are disproportionately dying of the virus.

But this goes beyond just NHS staff. Around 35 percent of Covid-19 patients in critical care on 4 April were from BAME backgrounds, whereas we make up only 13 percent of the population.

And in east London, on the basis of our GP figures, we can confirm that if you are black you are twice as likely to get Covid-19 than if you are white. And if you are Asian, you are two-and-half-times more likely.

Many reasons have been suggested to explain why the figures are so bad such as: low levels of vitamin D; differences in genetics; and the fact that black and Asian people get illnesses such as diabetes and high blood pressure more often than white people, and at a younger age.

‘Bad science’ campaigner Dr Ben Goldacre published an important piece of research examining some of these suggestions. His team of academics did find that long-term illnesses made the chances of surviving Covid-19 slimmer. They also found a steep rise in risk with increasing obesity, and similarly if you live in a more deprived postcodes. But even when these factors are taken into account, they hardly dented the figures for ethnic minorities, which remained high.

The story for vitamin D remains uncertain because the lower levels found in BAME people could easily be a signs of poverty rather than a contributor to deaths from the virus. Research studies are starting now to look at the effects of genetics, but it likely they will not show anything, and almost certainly nothing linked to ethnicity.

To understand why, a good starting point is to look at the long-standing racism at the core of British society, rooted in Britain’s imperialist past. When I was a young doctor, nurses and doctors were recruited from Britain’s ex-colonies to staff our NHS. In 1963, the health minister, Enoch Powell, set out to recruit nurses and doctors from the West Indies, India and Pakistan.

Around 18,000 ethnic minority doctors were recruited as well as thousands of nurses. Those nurses were put into State Enrolled nursing training, which did not allow them to get promoted. By contrast, British born nurses were put into State Registered nursing training, which did allowed them to become ward sisters and senior nurses.

It was the same with doctors. The way the training was organised meant it was very hard to become a consultant if you were trained abroad. So today those BAME nurses and doctors remain in much more closely patient facing work than their white counterparts, and thus more exposed to high doses of virus, especially given the lack of personal protective equipment (PPE). The same is true in transport, cleaning, care and similar types of work.

My union, the British Medical Association, conducted a survey of all their doctors. Almost two-thirds of BAME doctors said they were forced to work with inadequate PPE, compared with 33 percent of whites. Compounded to that, the survey found they were more afraid than white doctors to complain about it.

Every Thursday we all join in the applause for our NHS staff and all the essential workers caring for us during this epidemic. The cleaners, refuse collectors, shop workers, transport workers and street cleaners, are keeping our society and all of us as safe as possible. That clapping creates the impression that we are all in this together.

But sadly, we are not all in this together. If you are Boris Johnson, Matt Hancock or Prince Charles, and you have Covid-19 symptoms, you get tested and, if necessary, admitted to intensive care. But if you are frail and vulnerable, if NHS resources become overwhelmed, then the risk is that shortages of tests and ventilators will mean you risk getting triaged out of hospital care and into care at home, with much greater risks of death.

In the general population, if you are BAME you are much more likely to work as a cleaner or a shop worker and be more exposed to risk of infection than a city banker, who can safely work from home. Some 30 percent of Bangladeshi and 15 percent of blacks live in overcrowded housing compared with 2 percent of whites. Higher numbers of key essential workers — bus drivers, shop keepers/assistants, carers, healthcare workers — are BAME; all at greater risk of exposure and unable to socially distance.

And because for generations the BAME population has had the worst housing and the worst jobs in the UK, it is this population that is the least healthy, that is more likely to have diabetes or heart disease, and at a younger age.

Around 30 percent of elderly BAME people live in poverty compared with 15 percent of white pensioners. All this means they are more likely to get Covid-19, and more severely. So they report disproportionately to their GPs and get admitted more often very ill to hospital.

All this has been made much worse in recent years by the hostile environment introduced by former prime minister Theresa May in 2012. This has meant that if you are part of the Windrush generation, or for any reason have an uncertain immigration status, there is a real and well-founded fear that going to hospital will mean you will get reported to the Home Office, and deported when this crisis is over.

This can only mean an increased risk of death both for these people, and everyone else due to infections not being treated and consequently being passed on. So, as we come out of the crisis, we need to raise some simple demands in the NHS and elsewhere where people are being forced back to work:

1. We need the risk assessments to includethe additional risk factor of being BAME

2. Areas with large BAME numbers need higher levels of PPE (FFP3 masks etc) for all staff in that area

3. Covid-19 testing and FFP3 mask fit-testing should be prioritised for BAME staff

4. Workplaces need to keep proper records of ethnicity, and publish their figures

5. Assurances that staff will not be victimised for speaking out.

On a national level we need to support the call by Stand Up To racism and Diane Abbott for no to premature end to the lockdown, and an independent public inquiry into the disproportionate impact of coronavirus on BAME communities.

The Covid-19 crisis has revealed a lot about what is rotten in our society and how the poor and the oppressed suffer most. It has revealed an institutional racism that means BAME communities suffer more and die more as they work hard to protect the whole of society against the ravages of this virus.

This virus that is knocking us all is not something outside of capitalism that affects everyone equally. It is part of the rottenness of our system that all of us must fight to change.

As we come out of this, we must ensure that Johnson and his government don’t try to pay for this crisis by launching another wave of austerity that will inevitably hit the poorest in society most severely, including BAME communities. Instead we need to build a movement, even in lockdown, that will create not only a better society but a new world from this crisis. 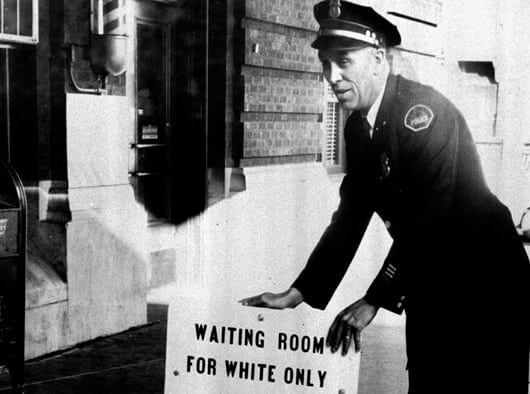 Who makes the Nazis?