Shakespeare’s King Lear is one of the plays that takes us to the heart of his work. Born in 1564 and dying in 1616, Shakespeare lived at a crucial historical gateway: the end of the old feudal order and the emergence within the traditional world of the new mercantile capitalism. His work vibrates with the tension between two rival conceptions of society, government, family and morality. Feudalism was a fixed, hierarchical, medieval world in which everyone knew their place, the serf at the bottom, the lord at the top.

By the late 16th century, however, this world was falling apart with the rise of a mercantile class that challenged the traditional power structure and its values, demanding a freer competitive society in which they could prosper. As Michael Rosen says in his excellent little book, William Shakespeare, this conflict was reflected in the ideological dispute between those who regarded the existing world as the natural order, divinely ordained, and those who insisted that society could be reshaped through individual effort and ambition. The monarchy, however, was one area in which the traditional view of ‘divine right’ survived.

King Lear, an arrogant, despotic monarch, decides to retire and to divide his kingdom into three parts, one for each of his daughters. This inheritance is conditional, however, on their declaration of love for their father. The two eldest, Goneril and Regan, play the game and are duly rewarded, but Cordelia, the king’s favourite, refuses, merely expressing filial duty, and is banished to France along with the Earl of Kent, Lear’s close adviser, who has defended her. Goneril and Regan, consumed by ambition, divide the kingdom in half.

A parallel story concerns the Earl of Gloucester, another trusted confidant, whose illegitimate son Edmund induces him to disinherit his legitimate brother Edgar through the slander that he is plotting to murder their father. Edgar flees disguised as a beggar, poor Tom, whereas Edmund, the embodiment of the new individualist morality, is feted by Regan and her husband Cornwall. Goneril and Regan conspire to strip Lear of his residual power and he, enraged and growing mad, blunders out into a storm where he meets poor Tom. Humbled and contrite, Lear understands for the first time the plight of the poor and destitute, and declares:

‘Expose thyself to what wretches feel,
That thou may’st shake the superflux to them’ (ie, redistribute surplus wealth to the poor).

King Lear is one of Shakespeare’s boldest plays. The idea of an absolute monarch, imbued with the idea of his royal superiority, being disobeyed by his daughters and cast out into the cold, who comes to question the justice of his rule, was heady stuff. As Professor Kiernan Ryan suggests, it possibly helped to foster a political climate which facilitated the challenge to Charles I and the outbreak of the English Revolution some 40 years later.

The RSC production by Bill Alexander brings this out well and the company provide some fine performances. Standing out, though, is Corin Redgrave with a masterly rendering of Lear, conveying the many-sidedness of the old man’s character and development. Redgrave superbly modulates his voice, face and movements to express Lear’s arrogance, his self-righteous anger at Cordelia’s ‘betrayal’, his prankishness and, later, his remorse and the ‘madness’ through which he discovers his affinity with suffering humanity, a moral world from which his own power has divorced him. By the end, with Lear crouching over the dead Cordelia, Corin has transformed him into a human being with whom we can all identify.

The set – two jagged walls with a gap – conveys well the idea of a conflict-ridden society. If there is one question mark, it hangs over the costumes, largely Edwardian, which tend to narrow the play’s focus and diminish its universality. Otherwise the performances and production succeed in bringing Shakespeare alive, making him relevant to our time.

On the Global Waterfront 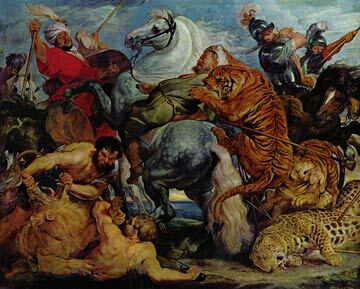 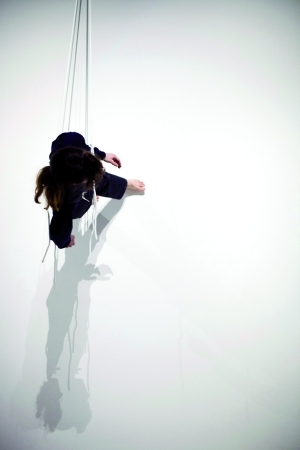