If you type the words “Incognito blessed” into your preferred internet search engine it will bring up a very poignant three-minute drill music video set in and around the Brandon Estate in south London. One of its six tower blocks, Molesworth House, is prominently featured in the film but the area is not just a grey and grim concrete jungle. The estate is just south of the lush green expanse of Kennington Park. I know the area well. On sunny days like those we enjoyed for much of 2018, these spaces are full of people relaxing and having fun.

At the start of the video its star, Siddique Kamara aka Incognito and his Moscow 17 crew, are seen pouring out liquor in tribute to their friend, 17 year old Rhyhiem Barton Ainsworth, who was shot dead in May last year. In January, Kamara himself had been acquitted of the murder of Abdirahman Mohamed at the Old Bailey.

He raps about this in the video declaring, “See I was in that jailhouse looking at a stretch… Every day I pray to God won the trial really blessed.”

Sadly this did not prove to be the case. On 1 August he was stabbed to death in Camberwell.

It is videos such as these that have sparked lurid headlines like “Inside the world of drill music…the violent soundtrack at the heart of London’s gangland” and “Demonic Music Linked to Rise in Youth Murders”.

Whenever there is a spike in youth violence or anti social behaviour, politicians, pundits and the press pounce upon rap music and its offshoots such as drill along with the supposed fecklessness of working class parents, claiming they are the primary causal factors. We should reject such lazy denunciations from those who are happy to promote and profit from the divisions in society.

There is nothing inevitable about people turning to violence after watching violent videos, or indeed when they play the expensive and much slicker video games that multinational companies market such as Mortal Kombat and Bulletstorm. Drill music receives millions of hits and downloads without a commensurate increase in crime.

There is also a strong stench of racism attached to the demonisation of rap, grime and drill music. Other genres, including heavy metal and even opera, habitually glamourise violence and sexism. The latter is celebrated as high art, however, rather than being hauled into the dock.

All of this notwithstanding, we must confront some cold, hard realities about drill music.

Community concerns about violent crime are real and understandable. At a public meeting I attended in Brixton last autumn, just a couple of miles from where Incognito was killed, mothers gave heart-wrenching accounts of their children being confronted and robbed by groups of knife-wielding youths. These women spend their lives worrying about whether their sons will come home at night.

There is something deeply disturbing about some drill music videos. The participants don’t simply “keep it real”, describing what it is like to live in marginalised communities. Instead, they brag openly about their use of knives and guns and taunt rival posses, upping the stakes and provoking a response.

A huge number of the cases listed at the Old Bailey involve gang-related violence. Much of the evidence that is being used has been obtained by a trawl of the videos that the young people on trial have posted online.

There is nothing remotely progressive about this activity. The sight of young people destroying their lives and those of others is horrific. However socialists should not join the chorus of condemnation or calls to ban and censor drill music or close down gigs where those artists perform.

The tiny minority of young people involved in violent crime are not part of some irretrievable and irrationally criminal underclass preying upon our communities. Instead they are part of a generation whose future is being laid to waste by a privileged class who know little and care less about the lives of those that live on estates such as Brandon.

The bling, BMWs and bubbly that feature in the Blessed video are way beyond the reach of most of these young people. Their involvement in activities such as county lines drug dealing is precarious and potentially fatal, but in a world where they are systematically oppressed and excluded it is also understandable.

The irony of these videos is that they provide a glimpse of the creative potential of those who feature in them. We have to fight along with young people for the resources that will provide them with a more hopeful future: decent education, training, homes and jobs. Ultimately however, we have to fight for a completely different society. 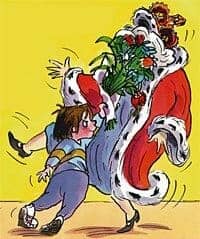 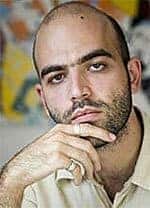 Gomorrah: insider view of the mafia