The centenary of the birth of the great Welsh poet Dylan Thomas is being marked by a host of events across Wales, including tours, art shows, film screenings, plays, lectures and poetry readings. The highlights include a Dylan Thomas Festival in Swansea between 27 October and 9 November and exhibitions at Swansea Museum and the National Library of Wales in Aberystwyth.

Heading up the razzamatazz is Prince Charlie Windsor himself, patron of the Dylan Thomas Centenary Festival — something, no doubt, that would have displeased Thomas. In fact, Thomas hated the British state — the “medieval machine” — and wanted it “broken in two”, so to make one of the figureheads of that state a patron of the festival is not to honour the poet but to insult his memory.

In a letter to his friend Oscar Williams in June 1953 Thomas described Charlie’s mum as “the nincompoop queen”, and spelled his disgust at being in London the day after her coronation and having to walk “through the city’s hushed hangover and all those miles of cock-deep orange-peel, nibbled sandwiches, broken bottles, discarded vests, vomit and condoms, lollipops, senile fish, blood, lips, old towels, teeth, turds, soiled blowing newspapers by the unread mountain”.

Thomas was a life-long socialist and an internationalist who had no time for British pomp. In a letter to Pamela Hansford Johnson in 1934 he said, “Patriotism is a publicity ramp organised by holders of excess armament shares; you know that the Union Jack is only a national loin-cloth to hide the decaying organs of a diseased social system.”

And in an earlier letter to Pamela, Thomas called for a revolution, saying, “There is only one thing you and I, who are of this generation, must look forward to, must work for and pray for, and because, as we fondly hope, we are poets and voicers not only of our personal selves but of our social selves, we must pray for it all the more vehemently. It is the Revolution.”

Thomas is often labelled a non-political poet, but he wrote about the great issues of his day, such as unemployment, war and the danger of atomic weapons. He learnt much of his politics from a Swansea friend Bert Trick, “a Marxist grocer” and Labour Party member. Trick said Dylan took the idea of “the old Marxist dialectic” and used it in poems such as “And Death Shall Have No Dominion”, which was the first poem he had published in a London magazine.

Unlike poets such as Stephen Spender and W H Auden, it can be hard to see the political edge in Thomas’s poems because he wrote with a high level of abstraction, but his socialism can be seen in the two screenplays he wrote after the Second World War.

He based The Doctor and The Devils on the true story of the body-snatchers Burke and Hare, using it to show there is one law for the rich and another for the poor. And in Rebecca’s Daughters he told the story of the Welsh toll gate riots of 1843, making the point that “governments only bring in reforms when they are afraid of a revolution”. Sadly, both scripts remained unperformed during his lifetime.

It had been on his mind to write a play about Wales since the 1930s. However, it was the pressure to find new material that made him write the play Under Milk Wood in time for his third US tour in May 1953.

The play balances humour and sadness and is performed to this day across the world. Thomas joked that if you want to know the meaning of the play you should read the name of the village “Llareggub” backwards.

It was on his fourth tour of the US in November 1953 that Dylan died in New York City aged just 39.

Thomas will always be best known for Under Milk Wood. However, even before he had finished it he began work on a second “play for voices”. The theme of In Country Heaven was how the Earth “has killed itself” in a nuclear war.

The poems he wrote during his last years, such as “Over Sir John’s Hill”, “In The White Giant’s Thigh” and “In Country Sleep” would have been part of this verse drama, which he claimed would be, “at last, an affirmation of the beautiful and terrible worth of the Earth”.

Between 1949 and 1951 Thomas wrote Poem On His Birthday, which includes many images from “the next lunatic war”:

Who slaves to his crouched, eternal end
under a serpent cloud…

On skull and scar where his loves lie wrecked,
Steered by falling stars.
And tomorrow weeps in a blind cage
Terror will rage apart…

We all live, says the poet, in “cloud quaking peace” under the shadow of the atom bomb, but we must not despair. Rather, we should exult and boom in praise of life even when we “sail out to die”.

With the end the Cold War, the threat of a nuclear war has receded, but it has not gone away, so we should hear the words of Dylan Thomas as both a testament and a warning.

'Friend of the Unfriended Poor' 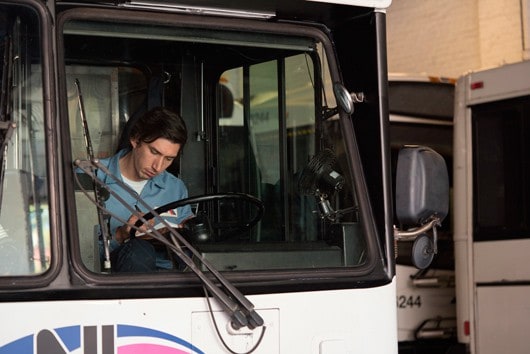