Warwick Mansell’s book, subtitled The Tyranny of Testing, coincides with the General Teaching Council report recommending a reduction in the number of tests in schools. He has painstakingly researched many aspects of the testing regime over several years and has gathered evidence and opinions from people working in education, from class teachers to university professors. He concludes that the government drive to raise exam results has led to a decrease in the understanding and capabilities of our children. How can this be the case?

Mansell terms government obsession with league tables and tests “hyper-accountability”. Schools and local authorities are under so much pressure to raise standards that they have no choice but to prepare children for every test.

Schools are pitted against each other in the league tables and, as money follows numbers of children, no school dares not to focus on test results. This results in a narrowing of the curriculum and increased time spent practising tests.

Research shows that schools spend an average of 150 hours preparing Year 6 children for their SATs tests, with 46 percent of time spent on the three subjects being tested.

The companies that set exams also do a nice sideline in running courses – costing up to £225 per person – advising teachers how to get children to pass exams. The advice includes how to get pupils to write and re-write coursework until it is of a required grade. However, they also advise avoiding suspicion from the exam board by limiting the number of A* grades awarded.

International studies have shown that standards in Britain actually fell between 2000 and 2003 in English, maths and science. One university admissions tutor said that “first year undergraduates… had worse subject knowledge than ten years ago… while their capacity for independent thought had declined to the same extent”.

I would recommend this book to anybody with an interest in education. It exposes the problems clearly and convincingly and concludes that many teachers are valiantly trying to make the best of the testing climate. He lays the blame squarely on the government and he ends by concluding that league tables in their current form should cease (they are illegal in Ireland and no other country publishes them in the way we do) and so should high-stakes testing.

Mansell advocates valuing “the quality of the learning experience”, emphasising enjoyment of drama, languages, philosophy, music and sports. He concludes that this sounds like “utopia”. However it is easily realisable. It happens in Finland, and SATs have gone in Wales and Scotland. All those who read this book will be convinced it should happen here too. 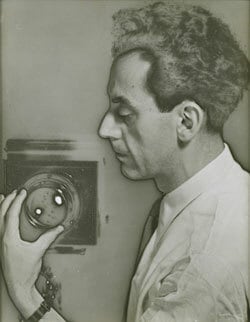