This article is over 16 years, 8 months old
'Kifaya' (enough) is the name chosen by the democracy movement in Egypt. It has already struck a chord with millions who have endured almost 25 years of suffocating repression under the regime of Hosni Mubarak.
By Phil Marshall
Downloading PDF. Please wait...
Sunday 01 May 2005

Kifaya means enough of the police state, of rigged elections, mass arrests and torture. But it has more radical implications: an end to privatisation, job cuts and land grabs; to the regime’s embrace of neo-liberalism; and to its ties with the US and the IMF. As demonstrators in Cairo made clear last month, ‘Enough of Mubarak, enough of Bush, enough of Blair.’

Kifaya, or the Egyptian Movement for Change, is a network of liberals, nationalists, socialists, Islamists and many young activists new to politics. It has made a huge impact since its first demonstration only five months ago. On 12 December Kifaya dared to say what millions of Egyptians think but for decades were forbidden to express: that Mubarak and his cronies must go. During this protest at the Supreme Court police chiefs seemed too shocked to react, especially when passers-by joined in and taxis hooted in support. The police presence has since been heavy at all Kifaya rallies but the regime has hesitated to crack down, fearing that its traditional tactics of extreme violence will generalise support for the activists.

There are also signs that the state cannot rely forever on the forces of repression: at a recent demonstration some riot police defied their officers, refusing to threaten demonstrators. They asked democracy activists, ‘When’s the next rally? We want to join you!’

Among the regime’s many worries are the links being forged between Kifaya and the workers’ and peasants’ movements. The level of strike action in industry has recently risen sharply: according to Hamdi Hussein, a representative of rank and file textile workers (see below), there have been over 700 stoppages in recent months.

Struggles on the land have intensified dramatically. In 1997 the regime took steps to repeal the land reform of 1952, which had broken up huge estates held by landowning dynasties. Now it is encouraging pre-reform landowners to re-occupy ‘their’ lands. Peasants face the prospect of eviction at the hands of landowners’ thugs and the riot police. In the case of Sarandu, in the Nile Delta, villagers have been supported by democracy activists and by workers: their struggle has become a symbol of resistance to Mubarak’s policy and to the police state which implements it.

Since 1974 Egypt has been a laboratory for neo-liberal strategies. Then former President Sadat introduced ‘infitah’ (the opening) which aimed to reverse reforms conceded by the Nasser regime of the 1950s and 1960s to a well-organised mass movement which had battled British colonial forces for over 30 years. By the mid-1990s there were 60,000 political prisoners, torture was routine in police stations and jails, and death squads operated freely.

This pattern is familiar worldwide: for 20 years market reforms have been implemented hand in hand with the regime of political terror. In Egypt both wings of the strategy are in trouble. On the economic front, privatisation has collapsed, hundreds of factories have closed, prices are rising and bread shortages are reported. Meanwhile anger and resistance are growing.

Mubarak’s dilemma is clear to see. Dare he use repression in the time-honoured way? Can he rely on every part of the army and the riot police, even the judiciary? In mid-April judges warned that they would refuse to supervise elections unless guaranteed their independence, threatening a sit-in or even a strike. One senior judge warned the president, ‘It’s all about democracy.’

Should Mubarak make concessions or – like the Shah of Iran in the mid-1970s – will such gestures encourage activists to demand more radical change? What do his American advisers suggest? Bush has proposed wider freedoms and cleaner elections, ideas promptly ridiculed and rejected by Mubarak’s foreign minister. A worried Washington Post reports that Kifaya has become ‘an all-purpose message to Mr Mubarak: enough of dictatorship’. It anticipates a ‘Cairo Spring’, urging Mubarak to respond before the movement takes an even more radical turn. Momentous events may be in the making.

‘They have occupied the factory for the last six months’

Can you tell us about the struggles that are currently taking place in Egypt?

The most important fight is against privatisation. The Egyptian government is selling off nationalised industries. In the private sector we are fighting against low wages and child labour, for equal pay for women and the eight-hour day. There have been 712 strikes and demonstrations recently involving nearly 1 million workers. Women workers are also involved in strikes, particularly in the textile industry. They are more exploited than men. When I was arrested recently, the women workers stopped the machines and refused to resume production until I was released.

Can you tell us about the asbestos workers’ struggle?

They were employed at the Ora Misr factory in Ramadan City near Cairo. The owner of the factory imports asbestos illegally from abroad for use in production. The workers have been on strike many times. Now they have been sacked.

They have occupied the factory for the last six months demanding the right to work and compensation for illnesses from working with asbestos.

What is the attitude of the state to trade unions?

Workers have no legal rights in Egypt. The government tries to control the unions by preventing militant candidates from standing in union elections. They appoint members of the ruling party as workers’ leaders to stop union activity. When I stood for election, the stooge leader of my union removed my name from the ballot. I was forced to go to court to be able to take up my position.

How do workers organise without the support of the official unions?

If the workers want to strike they are supposed to ask their union for agreement. As this is a waste of time, they set up factory committees and organise the strike themselves. The workers stop the machines and occupy the factories and if the security forces succeed in getting them out of the factory, they demonstrate in the street. That is happening in many industrial cities in Egypt.

Now workers are linking these committees together. The biggest of these wider committees is called the Coordinating Committee. It is made up of workers’ leaders from Cairo, Hillah and all over the country. Every month they hold a meeting in Cairo which organises strikes.

Does this committee have any links with political parties?

Most of the opposition parties are involved in the committee, including the communists, socialists and nationalists. The leader of Communist Party is a member. Only the Islamists are not involved because they don’t care about the workers. 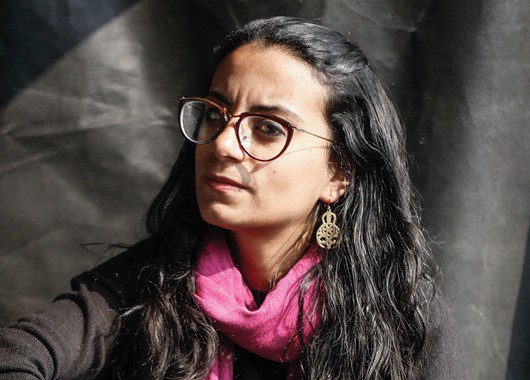 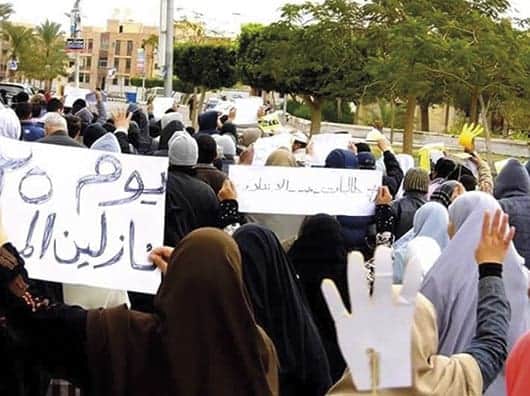 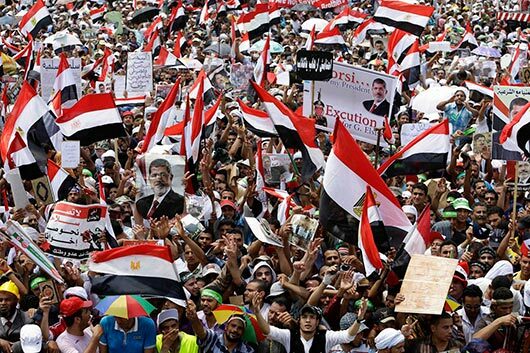