Language surrounds us and defines who, what and where we are. Language has developed beyond a mere capacity for communication of information to serve a vast array of social and cultural functions. The idea that a certain symbol has a defined meaning enables language to be a written and not solely a verbal communication. Our language has developed so that we often don’t mean exactly what we say but use similes, hyperboles and figures of speech to describe what we mean in a non-literal fashion.

How we might communicate with aliens if we ever found them has long been a subject of debate, perhaps not as esoteric as might be thought. In the 17th century, before the invention of radio, schemes were hatched for drawing giant triangles in the Siberian tundra or setting light to channels dug into the Sahara to create different shapes every night. With the advent of the radio a handful of messages, based on mathematical and scientific symbols, have been sent to different star systems over the past 36 years. The first one won’t reach its destination until 2022 and the last one will arrive in approx 25,000 years.

For any of these communications to be successful there will need to be a basic agreement on what language is. In Embassytown our human protagonists are dealing with a species who have a very different idea about what language is and how it works. They speak with two voices at once and are only able to communicate with the ambassador “twins” who are able to think and talk as one. Any deviation they either can’t hear or sends them crazy. They are also unable to lie, even to the extent that speaking metaphorically is a near impossibility. So they have to create the metaphor in reality before they can speak it.

Having established this strange world with its weird interactions, the story leads to the arrival of a new type of ambassador, who challenges the established order. As the world falls apart and decays the role of language becomes key to the battle for liberation and a new way of speaking.

I raced through this book voraciously, struck at every turn by the fantastic mastery of language and the inventiveness of new words. At times I was tempted to reach for a dictionary to find out whether a word was truly new or just new to me. This imagined world seemed totally plausible, as inventive and intriguing as Miéville’s Bas-Lag series. I was hooked to the last sentence.

We Will Be Heard 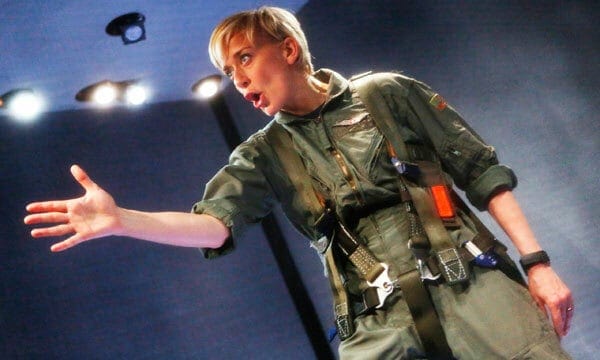 Grounded - a play that's an antidote to pro-war blockbusters 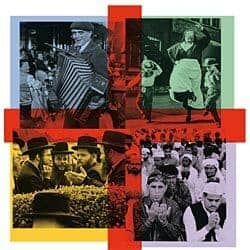