The End of America

The End of America is based on a Naomi Wolf lecture, intercut with interviews and news reports, rooted on Wolf’s recent pamphlet warning of the erosion of civil liberties in contemporary US.

In some excellent scenes she cites the use of the Patriot Act, the military courts used on Guantanamo prisoners, and in particular the case of James Yee, the US Muslim army chaplain at Guantanamo Bay who was arrested and charged with sedition and espionage, and kept in solitary confinement for 76 days before being cleared and released. Also shown is the case of video activist-journalist Josh Wolf who was imprisoned for 226 days for refusing to hand over film footage of an anti-G8 demonstration in San Francisco. Wolf reveals how she is just one of 700,000 Americans who appear on the “watch list” of “suspect” airline passengers, which is growing at the rate of 20,000 a month. So far so good.

The problems appear when Wolf attempts to provide a framework explanation for this increase in repressive measures. Her lack of specificity and of a sense of history lets her down badly. At the opening of the film she invokes the “Founding Fathers” constitution as the best defence and claims unselfconsciously that “America is a beacon to the rest of the world – not just for government but for what it makes people feel inside.” She then moves on to claim that George W Bush’s strategy is exceptional, arguing that other countries counter terror without restricting rights, and cites both Britain and Israel as examples. You really do feel that she should get out more.

Wolf argues that the measures introduced by Bush’s government conform to ten steps used by those in power to move from “open” societies to “closed societies” such as Hitler’s Germany, Stalin’s Russia and Pinochet’s Chile. However, anyone with even a cursory knowledge of US history is aware that many of the steps cited by Wolf have been used consistently throughout the 20th century, most notably during the McCarthy witchhunts of the 1950s or the anti-left Cointelpro activities of the FBI in the 1960s.

The construction of an enemy within, of detention without trial and of casting oppositionists as subversives, is part of the stock in trade of “open” governments the world over. The irony here is that the liberal capitalist democracy which Wolf seeks to uphold as a means of defence is in fact the same one that she is threatened by. 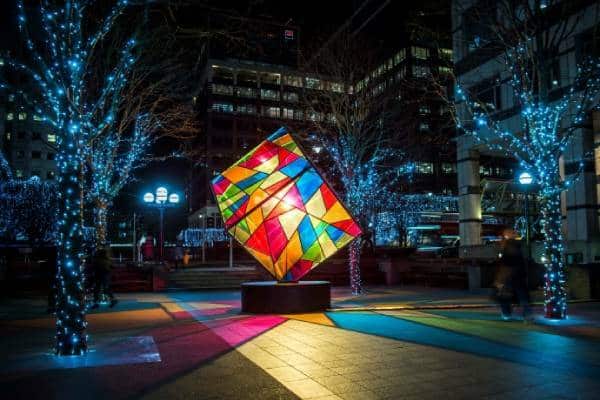