The End of the Revolution: China and the Limits of Modernity

Wang Hui is associated with China’s so-called “New Left”, although he doesn’t seem to like the label. This rather eclectic collection of essays builds on his earlier book, China’s New Order, to develop an analysis of today’s China. Wang was active in the 1989 democracy protests and the longest and most political essay draws the links between that movement and the “neoliberalism” that followed.

He starts by drawing out the continuity between the “socialist” state of Mao’s time, where the “guise of equality” masked “systemic inequality”, and its successor, which in “promoting markets and social transformation” was “utterly dependent upon the political legacy of the old state and its method of ideological rule”. Deepening inequality brought workers and students onto the streets in 1989.

Following the suppression of the movement, its aims were hijacked to justify neoliberalism. Leading intellectuals attacked the “radicalism” of the protesters, believing that political change would come by supporting those sections of the state bureaucracy most in favour of economic reform. These arguments were echoed in the West in claims that the students were naive and the assumption that economic liberalisation would automatically lead to political liberalisation. But the “market-economy model” in fact proved to be “profoundly anti-democratic” in nature.

From 1997 a combination of international political factors – such as the war in Kosovo and the US bombing of the Chinese embassy in Belgrade – along with growing corruption and layoffs at home, has led to the emergence of more critical attitudes, the “New Left”. This critique of the ideologies of both the old “socialist” state and the new “reform” state, coming from within China itself, is very welcome. But, as Wang himself notes, they have as yet been unable to connect to “social movements”.

In another of the essays, Wang roots the stories of the early 20th century revolutionary writer Lu Xun in rural folk traditions. Lu Xun is a cultural icon for the Communists. However, his savage attacks on the society of his times can have uncomfortable echoes for today’s regime. As Wang, who clearly identifies with Lu Xun, says, “His legacy of thinking should become an important source of critical thinking for contemporary intellectuals.” He goes on to bemoan the lack of such “organic intellectuals” today, when intellectuals are “unable to raise their own critical voice – and even if they could, this voice remains incomprehensible to others”.

This sense of isolation comes through in the academic language which makes some of the writing here rather opaque. Also, like many of the Western leftist writers he draws on, Wang is better at analysing capitalism’s problems than providing solutions. Nevertheless, this is a thought-provoking critique of China’s neoliberalism.

Eric Hobsbawm: A Life in History

Blast from the Past

Philip Kerr interview: Bernie Gunther and the crime of the century 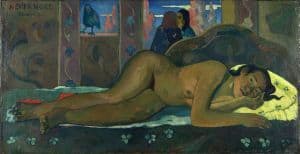