The End of Subsidies Will Not Solve Poverty

This article is over 15 years, 11 months old
Cutting state aid to farmers in the North could make matters worse for those in the South.
By Raj Patel
Downloading PDF. Please wait...
Wednesday 01 February 2006

The World Trade Organisation (WTO) ministerial conference in Hong Kong is over. The 14 political prisoners, mainly Korean farmers arrested during a protest against the Hong Kong agreement, have been released, although three of them will be prosecuted. And, it would seem, the WTO became just that little bit better, by addressing a charge frequently laid by its critics – the WTO is a fig leaf for a kind of agricultural imperialism.

‘We have a date!’ proclaimed Brazilian foreign minister Celso Amorim. After 2013, the US and European Union (EU) governments will no longer be able to subsidise their agricultural exports. This, the argument runs, is going to make life much better for farmers in the Global South, because they will no longer have to compete against cheap agricultural imports from the Global North.

Alas, it’s not quite time to pop the corks. It’s true that among the reasons why the WTO is unfair is that it allows the EU and the US to maintain their agricultural systems and supports in place, while demanding that developing countries remove their protections for agriculture. In the press and in certain NGO circuits, however, this debate has collapsed into one about subsidies hurting the poor in the Global South.

The argument runs like this – the EU and the US massively subsidise their farmers. The subsidies encourage farmers to overproduce. The surfeit of agricultural goods needs to be disposed of somewhere, and that somewhere is the Global South. This means that farmers in the Global South are competing against products that have a much lower cost of production, because they’re subsidised at rates approximating $1 billion per day.

This undoubtedly happens in some circumstances. Most recently publicised has been the case of cotton. According to the Cotton Producers’ Association of Africa the subsidies given to US cotton producers directly affect the output in West Africa, to the tune of $250 million in direct costs and $1 billion in indirect costs.

However, the subsidies debate is a red herring. The best way to see this is to consider what would happen if the US were, for example, suddenly to make all its subsidies disappear. An increasing number of studies addressing this issue have found that supply wouldn’t change in the short or medium term. Indeed, under some scenarios, production would increase, as US farmers struggle to increase output to cover the shortfall in their subsidies. This would have the effect of worsening the situation for farmers in the Global South in the short term, and in the long term, world prices would increase only modestly (3 percent by 2020, according to one model).

At the Hong Kong conference, the US put on the table an offer to reduce some of its farm supports by 60 percent in the next five years, in exchange for market access. But the devil lies in the details. What the US – and the EU for that matter – agreed to was not a 60 percent to 70 percent reduction in subsidies per se, but a reduction in the ceilings of trade distorting subsidies. Anything below the ceiling is just fine, and will continue well after 2013.

And both the US and the EU retain the right to expand their non trade distorting subsidies, which will nonetheless keep their farmers at a competitive advantage, while promising to cut the narrowly defined trade distorting subsidies. Their effective reduction in subsidies would be around 2 percent, but the market access they want in return is a tariff reduction of between 50 percent and 90 percent.

There’s clearly need for radical change. But this change in and of itself won’t bring the manna that many hope for. The problem is more complex, and lies in the systemic overproduction of crops in the north, and in the vested and wealthy interests that profit from this overproduction based on a model that promotes export-based agriculture.

But principally it’s because, in the Global North and South, the governments negotiating at the WTO have failed to represent the demands of their rural and urban poor. This is an unhappy state of affairs, and one that needs urgent redress not within the WTO system, but beyond it.

Raj Patel is based at the Centre for Civil Society, University of KwaZulu-Natal, South Africa.

Leader of the Pack 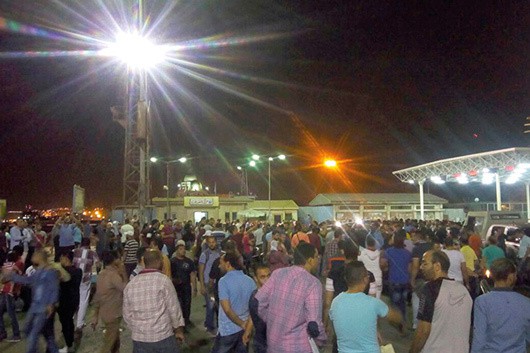 Welcome to the new age of the neo-cons