Bola Agbaje’s second play for the Royal Court explores the choices that face David, Kojo and Sharon, childhood friends hardening up to the realities of being 20-somethings trapped in the harsh landscape of inner-city London. This fast-paced and hard-hitting play attempts to shock its audience into the realities of what is often crudely termed “Black Britain” today. Class dynamics soon explode upon the stage.

David (Ashley Walters) is fresh out of prison, struggling with life back in the endz. His character certainly steals the show – a childlike rude boy who is often foul, but also has comic charm.

I was pleasantly surprised by the mixed audience that filled the stalls. You might expect a sea of white middle class hair, but the opposite was true. It was a young, loud, interacting audience – just the dynamics to aid the pulse of this highly charged play. Often the discussions around me were as funny as the comic “swagger” presented on stage, with one woman whistling and jumping out of her seat at a full frontal naked moment. But the explosive laughter that rippled through Sloane Square often seemed to encourage the actors to ham it up somewhat.

We see the hopes and dreams for a better life unfold against the backdrop of the crippling economic crisis. We see quite acutely the “mission” that faces the youth of today grappling with their surroundings, desperately trying to carve out a “crib” of their own.

David is confronted with the difficult task of trying to find a job with a criminal record. He talks about working in a call centre and being disillusioned by the options laid out before him. However, in rejecting the “system” he embraces a life of crime and the idea of becoming his own boss, using the language of the very system that he rejects.

This is juxtaposed with the hard-working “conformist” Kojo (Daniel Francis), who initially opts for a high-flying job in the City. Any hope of social mobility comes crashing down when his company goes into administration. We then see the lives of Kojo and his partner Sharon become punctuated with drug deals and gun crime as they fight for happiness and solace away from the unforgiving endz.

Off the Endz was certainly an entertaining piece of theatre, throwing questions out to the audience which were often batted back with reciprocal quips and discussions. But ultimately this play left the bitter taste of defeat and the fragmentation of personal relationships as everyone tries to chase the golden dream. 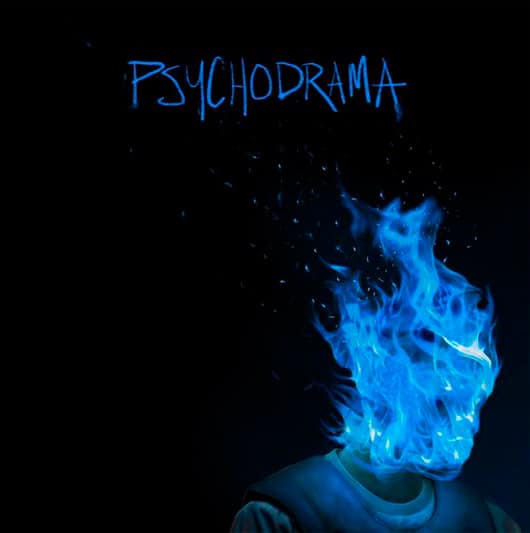 A Case of Exploding Mangoes 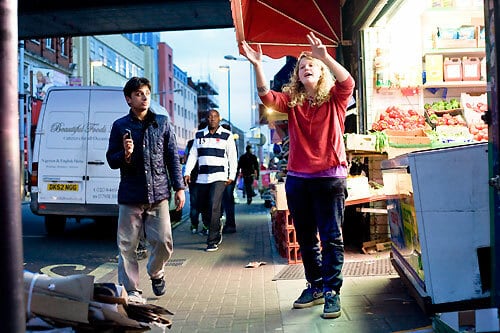