Enemies of the People

In July this year Kaing Guek Eav, best known as Comrade Duch under the Khmer Rouge regime, was sentenced to 35 years in prison for overseeing the systematic torture and murder of thousands of people at the S-21 detention centre. With time already served, Duch could be released in 19 years – however, he is appealing his sentence. Comrade Duch’s trial was the first, with other leaders of the Khmer Rouge still awaiting trial.

Thet Sambath, an English-speaking Cambodian reporter, has spent most weekends of his adult life travelling into the country, slowly gaining Nuon Chea’s trust, and the trust of others who carried out the killings. Why? As Sambath’s incredibly poignant English-language narration explains, “I think only the killers can tell us the truth…why they killed the people and who ordered them to kill.” In pursuing this truth, Sambath and Rob Lemkin, the British director, have captured the deeply saddening and profoundly insightful tale of Sambath’s journey to explore the heart of the killing fields of the 1970s.

With a persistent rather than badgering interview technique, Sambath manages to extract matter of fact confessions of murder, often in some detail – including accounts of cannibalism. Some of the uneducated farmers who made up the Khmer Rouge’s death squads would sometimes kill 20 to 30 people a day – and the fact that the bodies of those deemed not Communist enough to live are often buried under the houses and nearby roads of the survivors is truly chilling. Not quite as chilling, however, as the dramatisation of a killing, using Sambath himself as the victim: “You hold them like this so they do not scream… After I slit so many throats my hands ached. So I switched to stabbing the neck.”

Sambath does not tell most of the people he interviews about his personal experiences of the Khmer Rouge. His father was killed for expressing unhappiness with the nationalisation of his property. Then his mother was forced to marry a member of the Khmer Rouge and died in childbirth not long afterwards. Later on his brother was killed for refusing to take part in the nightly ritualistic murders carried out between 1975 and the Communist Party of Kampuchea’s dissolution in 1979 after the Vietnamese invasion.

Occasionally, Enemies of the People does seem to meander a little, losing focus for minutes at a time, but ultimately it is a fascinating and moving documentary bringing home the true horror of the killing fields. 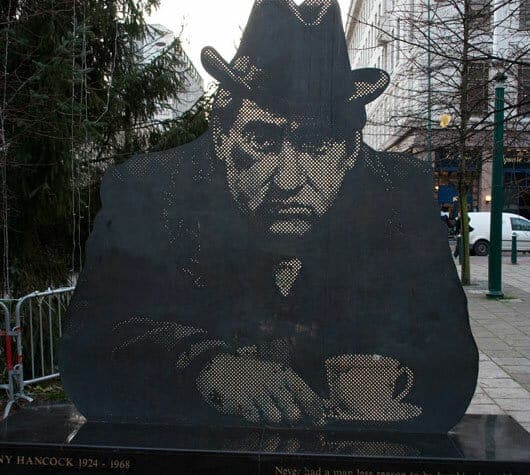