Enemy on the Euphrates

This fascinating book describes these events culminating in the biggest anti-colonial revolt faced by Britain during the 20th century. Defeating the revolution was its biggest military action between 1918 and 1939.

Once war was declared between Britain and the crumbling Ottoman Empire in November 1914, defence of the oil fields of neighbouring Iran became a key war aim.

But in a classic example of mission creep, once the British became aware of Mesopotamia’s oil riches, the seizure of the Ottoman provinces of Basra, Baghdad and Mosul soon became the prize. Ian Rutledge makes it clear that oil and imperialism were inseparable from the beginning.

As he explains, the British did not have it all their own way. The Ottoman forces, many of whom were Arab conscripts, put up stubborn resistance, defeating the invasion of Anatolia at Gallipoli in 1916 and inflicting a further humiliating reverse at Kut al Amara on British forces advancing up the Tigris towards Baghdad.

Ultimately British power told and Ottoman forces were compelled to hand over Mosul hours after the armistice officially took effect in November 1918. The British proceeded to carve out the new state of Iraq, exceeding the terms of the secret Sykes-Picot agreement with France.

The British lost no time in imposing the “benefits” of Western civilisation on their latest colony. New taxes were levied on both landlords and peasants to fund an unwieldy imperial bureaucracy.

The Shia holy cities of Najaf and Kerbela had already rallied resistance in 1915. Merchants and landlords began to look back with nostalgia to the old certainties of Ottoman rule.

The publication of the Sykes-Picot agreement by the Bolsheviks in 1917 (the treaty, along with other secret treaties, was discovered by revolutionaries after they seized power) confirmed the suspicions of Arabs about British intentions, despite promises of eventual self-rule.

In 1920 the religious leaders of Kerbela and Najaf in alliance with the nationalists of Baghdad and the tribes of the lower Euphrates launched an uprising. At its peak over 131,000 fighters were involved in the revolution.

The under-strength British forces were seriously stretched and came within an ace of being driven out of the country. They only avoided defeat due to a huge influx of Indian troops, indiscriminate use of air power and the failure of key tribal leaders to join the rising.

Rutledge has written a clear, accessible and gripping account of events which are little known in the West. Portraits of key personalities and illuminating anecdotes bring the battles, economics and diplomacy alive.

For anyone who wants to understand the roots of the chaos in Iraq today, this book is crucial reading. 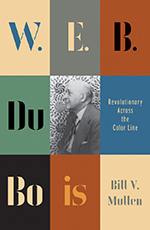 Rules to be Broken