The enemy within – Palestinians in Israel

This article is over 12 years, 0 months old
Abu and Umm Shams are members of Harakat Abnaa elBalad (Sons of the Land Movement), a revolutionary organisation based in Israel and active since the 1960s. They talked to Chris Jones about life as Palestinians living within Israel, and their daily struggles against Zionism.
By Chris Jones
Downloading PDF. Please wait...
Friday 01 January 2010

Over 1.3 million Palestinians live within Israel and constitute nearly 20 percent of its total population. Can you give us some indication of your situation today?

What you refer to as Israel we refer to as 1948 Palestine. This is the land of Palestine that was occupied by Israel in 1948. The West Bank we refer to as 1967 Palestine, following the Israeli occupation in 1967. And Gaza is Gaza. The three together form Palestine as far as we are concerned.

Our situation is determined by the basic reality of living within a racist and capitalist society. In a Zionist state no Palestinian has equal civil, political, economic or social rights with the Israelis. We might have lived here for thousands of years but a Palestinian living in 1948 Palestine has fewer fundamental rights than a Jew who migrated here yesterday from Russia.

Take the example of land. Palestinians own less than 2 percent of the agricultural and housing land in 1948 Palestine. There has been ongoing land theft for over 60 years. Land is stolen and houses are demolished daily. Major Palestinian cities such as Nazareth are completely hemmed in with no opportunity to expand. This has led to dense and overcrowded areas that look no different to the refugee camps of Gaza or the West Bank.

The land is also taken in other ways. The military have confiscated vast areas in the south of the country by declaring them “fire zones” – areas for weapons training. Similarly, in the north there are many destroyed Palestinian villages and these too have been declared fire zones, which prevents anyone from returning.Many don’t realise that about 70 percent of the villages destroyed in the late 1940s have not been developed or built over. They are abandoned and empty. The right to return for many is a real and meaningful aspiration.

Creating nature reserves is another means Zionists use to take our land. There are Palestinian villages in Galilee now completely enclosed by nature reserves which prevent any form of growth. They say it is to protect nature, but when we were free we took much better care of the land. Now much of it is polluted.

Can you give some concrete examples of how the discrimination works?

In every aspect of our life – from employment to education, social welfare to bus services and street cleaning – Israelis are given priority over Palestinians. Because military service is compulsory for all Israelis (apart from some ultra-orthodox Jewish groups) and not for Palestinians, this is used widely by the Israeli state to restrict and control Palestinian opportunities. Many jobs and state services are restricted to those who have served in the military.

One consequence has been that, of the 42 percent of the Palestinian labour force able to find work, the majority is what we call “dirty work”, jobs no Israeli would consider, especially in construction. Even if we do not trust their statistics, Israeli data itself reveals that Palestinian households have half the average income of Israelis. Some of the villages around Nazareth have unemployment rates of 60 percent. State benefits are extremely low for the unemployed and provide only the absolute minimum to maintain life. Again we suffer extra indignities. Firstly, we are denied the higher rates of benefit reserved for those with military service and, secondly, the state has instituted a welfare to work programme based on the infamous Wisconsin Plan in the US.

Welfare to work is only applied to areas of high unemployment, which means Palestinian areas. We have to work for our benefit when we are unemployed. Even those judged to be up to 60 percent disabled have to work. It is vicious in its application, especially with regard to women with children. If they have no job to be sent to they have to sit in the unemployment centre all day, without any facilities for their children, and are not allowed to leave. It’s torture.

Many will recognise what you have described as applicable to Gaza and the West Bank, but the position of the Palestinians within 1948 Palestine is much less known. What are the implications of this neglect?

For the international media, we in 1948 Palestine hardly exist. The television often shows pictures of Gaza, Nablus and Ramallah, but not Nazareth. People can see olive trees being destroyed in the West Bank but the massacre of olive trees in Galilee is not shown. If people don’t know about something, how can you expect them to have solidarity about it?

At a personal level we sometimes feel like orphans – we are not seen as Palestinians but neither are we Israelis. We felt abandoned by the Oslo Accords when the Palestine Liberation Organisation (PLO) adopted its two-state approach and declared that we should no longer look to the PLO but to Arab MPs in the Knesset for representation. Abnaa elBalad boycotts the Zionist Knesset.

It is in direct contradiction to our national identity as the legitimate owners of the land, it gives legitimacy to the Zionist entity and support to its myth about democracy, it is a vehicle of co-optation and fragmentation of our leadership. There is virtually nothing that we can achieve through the Knesset with regard to our rights.

There are sections of the international left who argue we have to struggle from the position of being discriminated-against Israeli citizens. This is the position of the Israeli Communist Party. Our status is relegated to an issue of civil rights with no connection to the occupation, loss of lands and homes, and our right to return. But we are more optimistic that there is a growing awareness of our existence and significance within Israel.

The two-state approach is losing steam in any event as it is clear that Israel will never allow a meaningful second state to exist. But ours is not simply a nationalist struggle but also a class struggle as we don’t want to replace Hebrew with Arabic as the language of our oppressors.

Given your movement’s fight for a single, secular, socialist Palestine in which all people whether Jew or Muslim or whoever will live together, you must be heartened by the militancy of the Egyptian working class.

The escalation of class struggle in Egypt is very important. It is a reflection of workers’ revulsion at Hosni Mubarak and rejection of his dependence on Israel and the US, which has allowed him to stay in power for 26 years. The struggle there poses a major threat to both Mubarak and Israel.

Egypt and Jordan are especially important in sustaining Israel. They are like tunnels of oxygen for Israel. In addition, they provide it with a security barrier – managing and controlling large populations of Palestinian refugees who Israel wants kept out – and they are needed to secure critical water and gas resources and other sources of raw materials.

This interplay of the economic and political is evident in the creation of Qualified Industrial Zones (QIZs) in both Jordan and Egypt in 1996. Initiated by Bill Clinton as part of a neoliberal strategy, these involve the US and Israel in partnerships with Jordan and Egypt. Some QIZs are specifically located in refugee areas. By providing employment it is hoped that the refugees will move out of the refugee camps and into workers’ housing, and drop their demand for the right to return.

If Mubarak is toppled the implications for Israel and US imperialism in the entire region will be serious. The fallout will be extraordinary. We in Abnaa elBalad must develop stronger international links with workers and left groups in Egypt and Jordan. Their victories can do much to derail Israel.

For reasons of security, comrades’ names have been changed. 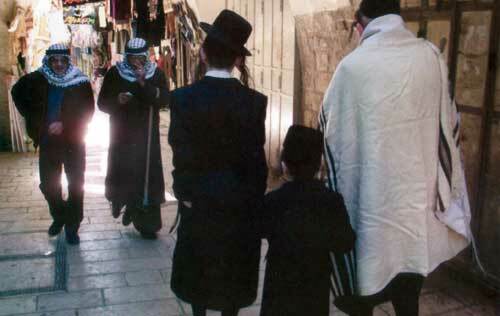 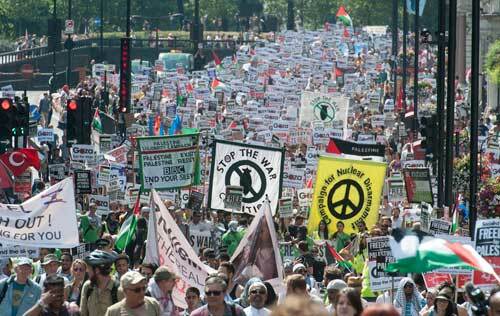