Jazz is a mercurial form of music. Separated from the mainstream by the stamp of “abstract obscurity”, it remains constantly changing and shifting.

Change is generated from the music’s roots in African-American life and culture. It lives and breathes in cities and communities, so it moves alongside all our social lives, loves and struggles.

Jazz follows the contours of struggle, both for freedom and from racism and oppression. It is linked to the struggle of classes.

So when changes start to happen within society generally, this emerges in the music.

Then some young musicians arrive to topple their elders and the whole thing shifts.

The Epic is well named; at 172 minutes playing time over three albums, it is also a manifesto of intent from tenor saxophonist and composer arranger Kamasi Washington.

He has given each album a sub-title: “The Plan”, “The Glorious Tale”, and finally “The Historic Repetition”.

Volume 1 opens with a tremendous power surge on “Change the Guard”. The track is dedicated to the brilliant young pianist Austin Peralta who died aged 22 in 2012.

Throughout the album the music is held in place by a highly skilled, hard playing, rocking ten-piece band, all from Los Angeles, all around the same age as the 32 year old Kamasi.

Their interrelationship with the West Coast communities and the fact that they have been playing together since childhood gives them, and us, a sense of unity and collective energy.

Using two keyboard players, two drummers and two bass players, the underpinning of the music is compact to say the least. All the players add extraordinary strength to the album.

From the opening, each track takes the challenge to the present forms of jazz and social tensions a step further, but never loses sight of the music’s tradition.

Echoes of the great leap forward for the music in the 1960s is everywhere. The experimentation around the label Brainfeeder — where different strands of contemporary black music are interconnecting — is also there, as is a string orchestra with undertones of Hollywood and a choir to lift, shift and surround the compositions.

On “The Rhythm Changes”, which ends volume 1, the band creates a riff that swirls and pulses. Patrice Quinn sings, “No matter what happens I’m here.” The voices in the choir engulf the music until the band, rolling forward, carries all with it.

The Glorious Tale contains some of the finest jazz I’ve heard in some time. It is breathtaking at times and the music touches you with its conviction.

Central to the final volume is a rendition of Terence Blanchard’s “Malcolm’s Theme”.

Here all the rage and beauty overspill before the voice of Malcolm X enters in a speech against racism and for humanity. The final piece, “The Message”, comes with a searing anger in the tenor solo of Kamasi, underpinning the music.

As with struggle, jazz goes underground for long periods before breaking the surface again and opening its doors to innovation and experiment.

The cracks in US society are widening again, and from Detroit to New Orleans, from New York to the West Coast, jazz is moving to place itself at the front of our forward march.

Mussolini and the Rise of Fascism 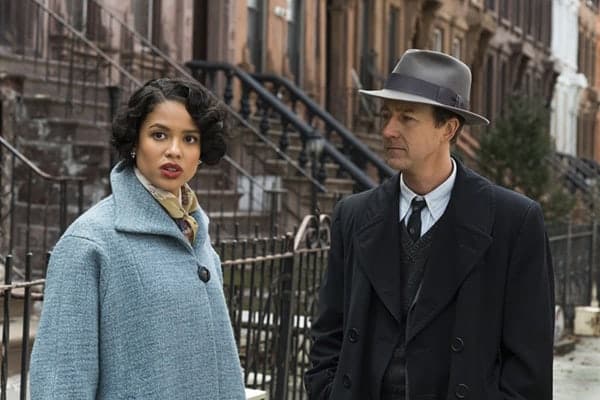 Dario Fo: ‘Cindy Sheehan has moved the whole US’