Ninety years ago German theatre-maker Erwin Piscator published his book, The Political Theatre. He wrote that he intended it to provide “a definitive explanation and elucidation of the basic facts of epic, ie political theatre”, which at that time “was still meeting with widespread rejection and misapprehension.”

Today the name of Erwin Piscator is largely forgotten, and if epic theatre is mentioned at all then it is usually in association with the better remembered Bertolt Brecht. But Piscator was the co-creator of epic theatre in Weimar Germany in the 1920s. His life strangely mirrored that of Brecht, but at key turning points he made different choices, so that his life can be seen as an alternative path to the one taken by Brecht. His story also helps us to comprehend quite how revolutionary theatre was in Germany at that time and how Piscator’s innovations resonate down even to today.

He was born in 1893, four years before Brecht. He studied art history and had a few roles in the theatre until 1914 when he was drafted into the army. His experience at the front gave him a hatred of the military machine. After being wounded he served in the army theatre unit and began contacting dissident artists’ circles in Berlin.

The artist George Grosz recalls the early days of the dada art movement when he and John Heartfield invented photomontage for anti-military posters and performances, saying of Piscator, “In 1916 he was serving in Flanders and was one of us… [After the war Piscator] directed the famous dada matinee perched on top of a ladder while the audience was harangued by a brutal speech from the wings…it was Erwin who brought photomontage into the theatre.”

From 1920 he was the director of the Proletarische Theater (proletarian theatre) in Berlin where he launched the new theatre for a new age. It is important to understand the unique position of theatre in German working class life. From the mid-19th century, with the establishment of a socialist movement in Germany, theatre had taken on a far more social and broadly cultural form than it did elsewhere. The workers’ movement established its own theatre as part of the Social Democratic Party’s (SPD) cultural life for workers.

The SPD was fast becoming the biggest and most important socialist party in Europe. By the end of the 19th century it had created a society within society, with many of the welfare and recreation needs of the working class provided by the party rather than the state.

The proletarian theatre in Germany mirrored the political and social life of the workers and realism became the dominant artistic form, with productions showing the lives of workers to a mass working class audience.

But in 1914 the socialist movement ruptured, with the majority backing the war and the revolutionary minority campaigning against it. At the end of the war revolution broke out across Germany, inspired by Russia and raising the possibility of fundamental transformation of society. The split in the SPD led to a similar split in the theatre movement — Piscator joined the newly formed Communist Party (CP) in 1920 with the aim of creating theatre geared to advancing the revolution. From 1920 to 1923 his group toured the workers’ areas and factories, though not supported by the CP but by Independent Socialists and dissident communists.

In 1923 he took over the Central Theatre in Berlin where he sought to put into practise his epic theatre as opposed to the classic form of drama. In 1924 he became director of the Volksbühne (people’s theatre), the traditional home of the workers’ theatre in Berlin. To give an idea of the size of the workers’ theatre movement, by 1930 there were 300 or more agit-prop groups operating with the help of the Communist Party. It was a mass theatre movement reaching a mass audience.

In 1927 Piscator commissioned Walter Gropius (head of the Bauhaus movement) to design a “total theatre” in Berlin for an audience of 2,000, which he thought was the minimum size if it were to be accessible to a mass working class audience. The idea of a total theatre was that the building should be fully adaptable for an immersive theatre experience. In the meantime he rented the 1,200-seat Nollendorfplatz theatre (still operating today).

Epic theatre’s aim was to educate its working class audience on the political needs of the moment using modern methods. It used photomontage, film projections, an open stage and modern mechanical techniques such as cranes, conveyor belts and lifts, to show the characters of the performance from all angles. It was an attempt to present the political and social truth and to use a collective approach to performance.

As Piscator said, “Revolutionary art can only derive from the spirit of the revolutionary working class… The proletarian theatre should serve the cause of the revolutionary movement…the proletarian theatre has two principals: one…is breaking with capitalist traditions, for it is based on a relationship of complete equality between the actors, stage designers, management and other technicians and the theatre goers. The actor can no longer just give himself to the role… The other task…is to spread its educational influence through propaganda.”

In short, the theatre was to become a political institution.

At the Nollendorfplatz he put on plays with constructivist sets, with hemispherical settings, Grosz’s drawings and use of a treadmill and film projections. The company had a committee of writers including Brecht, Franz Mehring and others, while a studio was formed in which actors, writers and directors could work experimentally.

At this stage Brecht was working with Piscator and as he later said, “Piscator’s experiments began by creating total chaos in the theatre. He might transform the stage into a factory assembly shop or…into a meeting hall. Piscator saw the theatre as a parliament, the audience as a legislative body. The social problems of the day…were enacted before the eyes of this parliament… His theatre was designed to enable his parliament, his audience to make political decisions on the basis of what they had seen on the stage, on the evidence of representations, statistics and slogans… His plays were designed not merely to provide an experience but to force the audience into deciding actively to come to grips with life.”

Brecht was later to claim epic theatre as his own, but it was at the least a joint invention, with at this stage Piscator as the senior partner. Because Piscator joined the CP while Brecht did not, being more anarchist in inclination, Piscator could draw on CP support and resources.

The crash of 1929 hit Germany hard and forced the end of Piscator’s epic theatre and any hope of realising the plans for a total theatre. But the rise of the right and economic depression triggered Piscator to an even more radical approach. His new company was run as a collective and even more didactic — the stage was covered in red flags with documentary films projected on them with the audience invited at the end to join the performers in the singing of revolutionary songs. Until 1931 Piscator organised small agit-prop groups performing in the workers’ theatres and local halls.

With the rise of the Nazis Piscator fled to the east to Moscow while Brecht fled to the west to the US. In Russia Piscator’s style of theatre was completely out of step with the Stalin-approved social realism and he had little influence on Soviet theatre or success getting his epic theatre performed. He left Russia and finally moved to the US in 1939.

While Brecht had settled in Hollywood Piscator settled in New York, where he was offered the job of running a dramatic workshop at the New School of Social Research, founded in 1919 and mostly run by similar refugees from Europe. Here he ran courses and in 1949 set up a people’s theatre. Compared to his hay days of the 1920s his theatre activities appeared to him to be minor, yet the actors he trained at his Dramatic Workshop in this period form an impressive list — Marlon Brando, Rod Steiger, Tony Curtis, Shelley Winters, Harry Belafonte, among others — while his play-writing classes included Arthur Miller and Tennessee Williams.

After the Second World War Brecht returned to Germany — by now divided into East and West by the Cold War. He chose the East, establishing his theatre in East Berlin and pursuing his epic theatre. Piscator also returned to Germany in 1951 — like Brecht he left the US after coming under pressure from the McCarthy witchhunt against socialists and Communists — but he chose West Germany, taking up the post of director of the Freie Volksbühnenbewegung (free people’s theatre movement) in West Berlin in 1962. It was no longer a politically committed theatre, but Piscator hoped it would become so again.

He died in 1966 leaving a tradition of radical theatre that has yet to be matched and a whole series of work about the nature of theatre itself and its role in society. He was a remarkable man who deserves to be remembered, especially as we mark the centenary of the German Revolution from which his theatrical work was born and from which we can still learn.

The Rise and Fall of Civilisation 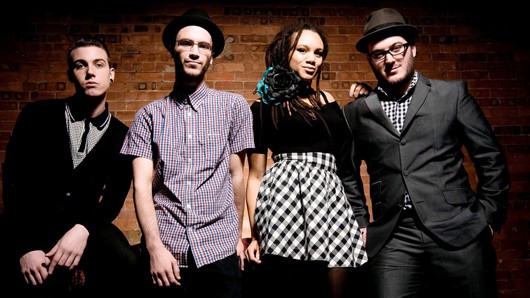