This article is over 10 years, 7 months old
Europe's Roma are facing a wave of racist attacks. But, argues Daniela Manske, the oppression of Europe's largest ethnic minority is no new phenomenon. As the economic crisis in Europe deepens, challenging anti-Roma racism is a vital task for socialists.
By Daniela Manske
Downloading PDF. Please wait...
Sunday 01 January 2012

In spring last year paramilitary gangs roamed several Hungarian villages with dogs and whips following anti-Roma marches in “defence of ethnic Hungarians”. The fascist “Movement for a Better Hungary”, better known as Jobbik, organised the marches. Jobbik came third in recent national elections. One march, in the Hungarian village of Gyöngyöspata, attracted 2,000 Jobbik supporters, and over Easter 300 Roma were evacuated in anticipation of another paramilitary attack.

Anti-Roma marches also took place during late summer in northern Bohemia in the Czech Republic, organised mostly by the fascist Workers’ Social Justice Party and joined by contingents of German neo-Nazis. In the Czech town of Varnsdorf bogus claims of a huge rise in crime since Roma families moved into a dilapidated house persuaded some locals to join the marches. There were chants of “Gypsies to the gas chambers!” and neo-Nazis tried to storm the house. Police statistics show that crime had risen by only 0.9 percent in the previous five years.

Similar marches in towns across Bulgaria followed the death of an ethnic Bulgarian killed by a minibus driven by a Roma in Katunitsa. Local Roma homes and cars were set on fire. In the capital, Sofia, over a thousand supporters of Ataka, the National Union Party, marched against “Roma terror and social parasitism” with many wearing T-shirts saying, “I don’t want to live in a Gypsy state.”

Such open racism towards Roma is not confined to Nazi organisations, but reaches into the mainstream. Before elections in 2009 the Bulgarian prime minister, Boyko Borisov, described Roma, Turks and retirees living in Bulgaria as “bad human material”. Until recently, his GERB party owed its majority in parliament to the support of Ataka, which, as well as attacking Roma, is also responsible for violent attacks against Muslims at the Banya Bashi mosque in Sofia. Czech state television aired openly racist election broadcasts, including one by the National Party, which described Roma as parasites and called for a “final solution to the Gypsy issue”.

Legacy of racism
While some of recent racist attacks made the news, the persecution of Roma is not a new phenomenon. Roma are thought to have first arrived in Europe from northern India in the 9th century. They included farm workers, blacksmiths, musicians and fortune-tellers. They were commonly, but wrongly, assumed to have come from Egypt, so the dark-skinned Roma were called “Gypsy” – an abbreviation of “Egyptian”. They were initially welcomed, but Roma quickly became targets of growing hostility from states that wanted settled citizens who could be relied on to pay taxes, while the church disliked the heresy of fortune-telling and guilds saw the independent Roma as competition.

Laws banishing them were introduced in the Holy Roman Empire in 1482, soon followed by other countries along with laws preventing Roma from wearing their distinctive costume, speaking their own language or intermarrying. In some parts of Europe, they were reduced to a slave-like status. These laws were gradually abandoned, although in some counties the scapegoating of Roma as an alien and nomadic people continued. This was the case in Germany before the Nazi rise to power in 1933, but Hitler’s regime explicitly targeted them as an inferior race. They were sent to concentration camps, subjected to medical experiments and forcibly sterilised. An estimated half a million Roma were murdered by the Nazis and their collaborators.

The suffering of Roma in western Europe did not end with the defeat of the Nazis. In 2009 a group of 20 Romanian Roma families were repeatedly attacked in their Belfast homes over several days, many subsequently fleeing the country. This coincided with hate messages against Roma broadcast via text messages and the internet across Northern Ireland by the fascist group Combat 18.

In 2008, following allegations of an attempted kidnap of an Italian baby by a Roma woman in Naples, Roma shacks and cars were set ablaze and Roma were harassed and beaten. These are just two examples of a pattern across Europe. A survey looking at the experiences of Roma in seven EU countries conducted in 2009 found that one in five Roma respondents had been the victim of a racist assault in the previous 12 months.

The mistreatment of Roma is not limited to violent attacks by racist thugs in the streets or in their homes. Europe’s nearly 12 million Roma are the continent’s largest minority, but also the most deprived and victimised. In nearly every country Roma are poorer, in worse health, in poorer housing, with lower literacy and higher unemployment rates than the rest of the population. In central and eastern Europe, Roma life expectancy is on average ten years lower than the rest of the population.

Amnesty International has documented how millions of Roma live in shacks in isolated slums, where lack of access to sewage systems, electricity or running water means a greater risk of infectious diseases such as tuberculosis and polio. Few can afford health insurance, and the remote areas where they live rarely have medical facilities. Discrimination by healthcare professionals has included segregated “Gypsy rooms” in maternity wards, degrading treatment, extortion of money or outright denial of treatment, with sometimes fatal consequences.

Across eastern Europe forced segregation of Roma often starts as early as kindergarten and continues with separate classes or schools, offering substandard education. In Slovakia, where Roma comprise less than 10 percent of the population, they represent 85 percent of children attending special classes for children with “mild mental disabilities”, even though the majority of Roma children do not have any such impairments.

Exclusion
Enrolment rates at school are low for Roma, partially due to racism experienced in education and partly because, unable to afford rented housing, many Roma live in makeshift camps on the margins of towns with no nearby school. Many Roma cannot access social benefits because of their unsettled legal status or lack of necessary documents, excluding them from access to social housing. Roma camps are routinely cleared by local authorities, often with no chance for those living there to rescue their few possessions before bulldozers move in. Their isolation in remote areas, the lack of education and widespread racism mean that most Roma are unable to find regular formal employment. In some areas of central and eastern Europe Roma unemployment is as high as 90 percent.

In 2005, 62 percent of Roma interviewed across five European countries had experienced racism by employers. Half of them had been explicitly told this was because of their ethnicity. This is the reality behind common claims that “Roma do not want to work, they do not want to learn”.

European Union committees have drawn up strategy papers on tackling the marginalisation of minority groups such as the Roma, asking EU governments to do more. But it is often governments and public authorities of member states who are responsible for scapegoating Roma. In Italy, where Roma make up about 0.2 percent of the population, Berlusconi’s government declared a “Nomad Emergency” in 2008 – granting authorities special powers to respond to “security threats” posed by Roma in 2008. Thus Roma communities can be evicted with impunity and no right to appeal. The terms “nomad” and “Roma” are used interchangeably in the Italian media and by politicians, despite the fact that the vast majority of Roma in Italy – as in the rest of Europe – are settled. The deliberate use of the term reinforces the idea that Roma are outsiders and alien to Italian society.

In Milan authorities recently received €13 million in government money for “interventions” in Roma camps in the run-up to the city hosting Expo 2015. Funds have been used to evict Roma camps to make space for building projects linked to the Expo. Berlusconi warned during the 2011 municipal elections that “Milan cannot turn into an Islamic city, a zingaropoli [Gypsytown] full of Roma camps,” a view echoed by election posters across town. Attacks on Roma are part of a wider pattern that has seen Europe’s politicians turn to racist scapegoating to divert attention from austerity measures. French president Nicolas Sarkozy and German chancellor Angela Merkel have both joined David Cameron in proclaiming the failure of multiculturalism, laying the blame for this at the door of Muslims.

But there has also been opposition to attacks on Roma. In 2010 Sarkozy justified Roma expulsions on the grounds of their “criminality”. In response, about 100,000 people, including Roma, trade unionists, students and housing and immigration activist groups, took to the streets demonstrating against forced repatriation and Sarkozy’s attempt to link immigration and crime. Protests also took place in cities across Europe and outside French embassies. Many argued that the crackdown on Roma was an attempt by Sarkozy to divert attention in the face of protests and strikes against planned pension reforms.

Opposition
In March last year Czech anti-racists and local Roma joined held a protest against a planned march by the fascists in Nový Bydžov. Mounted police charged the protest, clearing the way for the Nazis to march. Later that night a group of 20 fascists attacked three Roma, one of whom was hospitalised.

Europe is increasingly becoming polarised between working class resistance and racist reaction. Mass strikes in France have repeatedly checked advances by the Front National, whose vote in the 2009 elections dropped dramatically. The struggles in Greece, the general strikes in Italy and Portugal, and the 30 November strike here in the Britain hold out the possibility of a different Europe. There have been signs of resistance in central and eastern Europe too, even if on a smaller scale so far. In 2009, 30,000 Czech trade unionists took to the streets against wage cuts. The following year Romania saw a mass public sector protest over wages and pensions. Last spring Croatia’s government was rocked by a mass democracy movement demanding its resignation.

These struggles offer the potential to direct the anger over austerity at the architects of the crisis instead of at its victims. Challenging anti-Roma racism is a key task for anyone who wants to see a successful fightback. 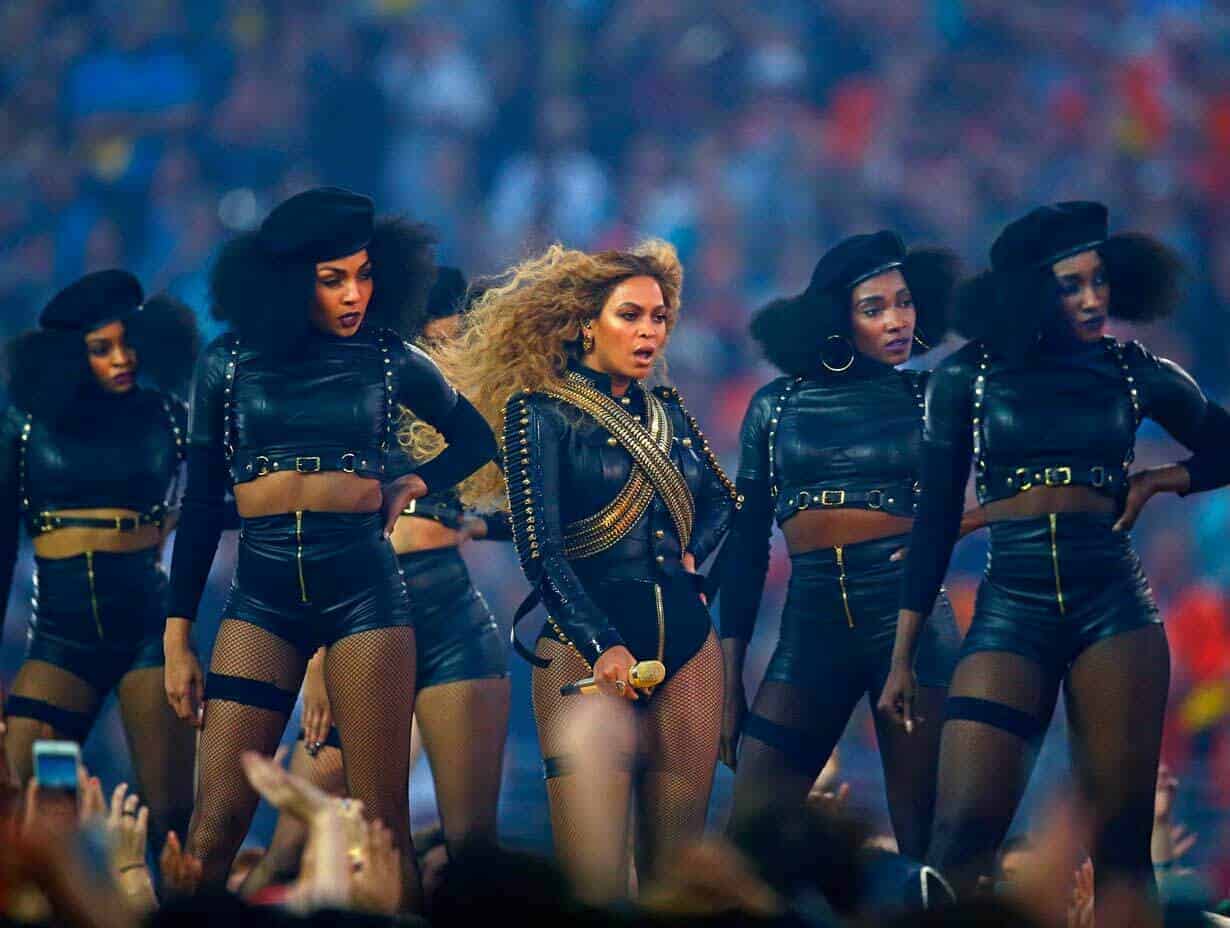 Who decides if culture is authentic? 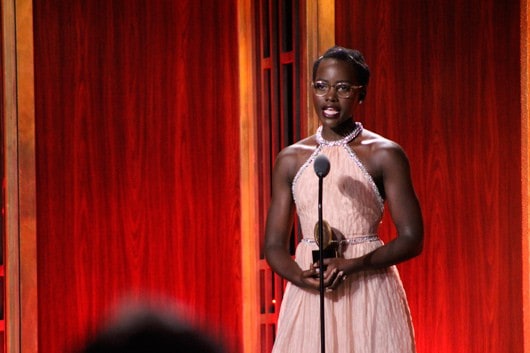 Shadeism and the politics of skin tone