Evolve or Be Extinct

In a homemade video from 2003, on a rooftop now close to Stratford’s Olympic site, 15 members of London’s grime scene came together to perform for a pirate radio station. The video, often shaky and at times blurred, now has over a million views on YouTube and resembles a roll-call for grime music’s hall of fame. While Tinchy Stryder and Dizzee Rascal are now global superstars, the equally talented MC Crazy Titch is now serving a life sentence for murder. In the middle of it all is Wiley – often referred to as the “Godfather of Grime”.

Wiley’s latest album confirms what many have said about him for a while. His passion for the grime scene itself has always preceded an interest in his career. To quote him, “If I’d stuck to the script I’d be millionaired up.”

The 22 tracks range from those with a heavy bassline to those that sound empty and sparse. Some of the tracks are difficult to listen to, others extremely catchy, but this is the way that Wiley has always made music.

The album begins with the track Welcome to Zion which portrays Richard Cowie (Wiley) entering the “final place on earth”. Wiley spits, “I can be at peace with this vibe/Some can’t be at ease with this vibe.” This is a reference to the fact that grime “spitting” is supposed to be twice the speed of hip hop rapping – a fact that makes it incredibly thrilling to watch. Each MC has only 16 bars to impress before having to pass the mic on.

Another standout song of the album is Boom Blast, which returns Wiley to the rave music scene he emerged from and still excels in. He reminds ravers “I give you that feeling/Make you wanna rave it out and then touch that ceiling/We’ve got four hours to go and no you are not dreaming/Rave till the party’s done coz that’s what we believe in.” But like all Wiley’s albums, underneath the euphoria of the raves he is a part of, lies a more chaotic world. In the track Ya Win Some Ya Lose Some Wiley follows a haunting electro steel drum beat with “I speak for the people looking for change”.

In a two-part track, Customs and Immigration, he discusses his experience at border controls, “Immigration like to show their power over do it/Before I even hit the desk it’s like they over knew it/Immigration wanna mess up all my fun/they say I’m looking like a rebel on the run.” Midway through the song he “dedicates” it to those who work at border control with an eclectic choice of words that I shall leave the listener to discover.

Grime music has been chided for being aggressive, inaccessible and confused – trapped somewhere between dance music and hiphop. Rightfully this reflects the confused and angry world it emerged from. Of course Wiley is right that if he had “stuck to the script” he would be alongside Dizzee Rascal and Tinchy Stryder as a global superstar. For the sake of grime music, I’m glad he never did. 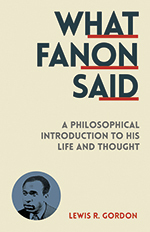 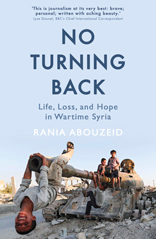